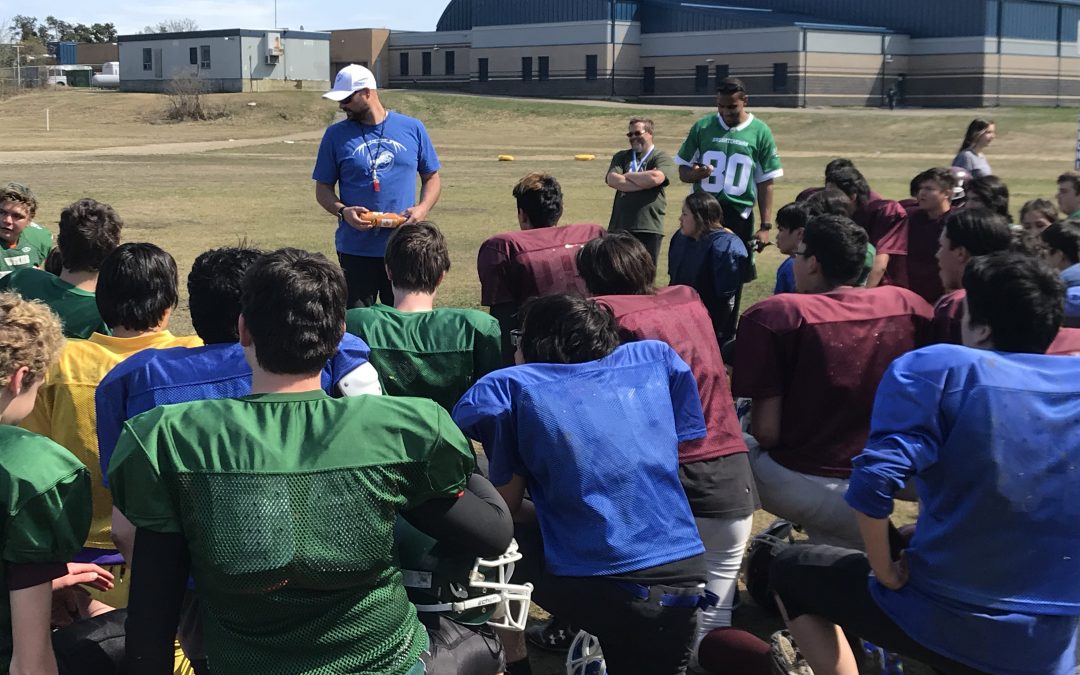 The Chargers are 0-3 following three close losses earlier this season, while Humboldt has a 2-0 record so far.

“They (Humboldt) have been pretty dominant,” said Chargers Head Coach Gabe Andrews. “They got a couple of dangerous ball carriers in the running back and the quarterback. We’re going to have to key on those guys, but also be aware of other weapons.”

Despite an 0-3 record, Andrews says there’s still a possibility they can qualify for the post-season.

“If we win out here and finish 3-3, we’ll have to hope for a couple of helping hands from other teams beating Melfort – Humboldt,” said Andrews.

Today’s game between La Ronge and Humboldt gets underway at 4 p.m.