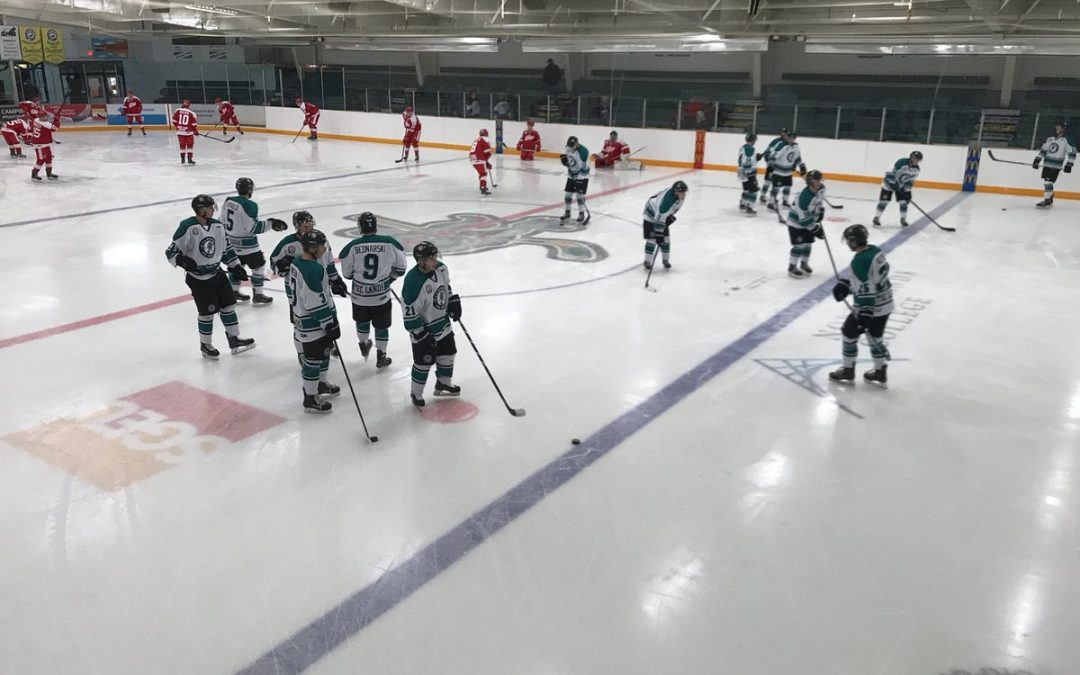 “We should have 65 players here, give or take a few,” said Ice Wolves Head Coach and GM Evan Vossen. “Looking forward to a real competitive weekend with hockey and then getting ready for some exhibition games.”

It’s been a long off-season for the Ice Wolves, who finished last during the 2017-18 campaign with a 10-45-0-3 record. Despite results on the ice this past season, there’s plenty to look forward to this year if you’re an Ice Wolves supporter.

The Ice Wolves have a solid core returning, which includes Mitch Zambon, Tanner Brewster and Zach Bannister up front. Zambon had 25 points in 30 games last season after coming over in a trade with the AJHL’s Canmore Eagles.

On the back end, there’s a lot to get excited about. Antonio Di Paolo, 19, is entering his third SJHL season. The Saskatoon product had 26 points in 59 games last season with Humboldt and La Ronge. Prince Albert’s Ben Manson, 19, brings a gritty, physical game and has grown into a fan favourite.

Goalies Merek Pipes and Jordan Frey are both eligible to return. Frey played last season as a 17-year-old, while Pipes is heading into his final season of junior eligibility. Frey recently got a taste of the WHL when he attended Swift Current Broncos camp.

Forward Kolby Johnson of Rosetown is set to join the pack this season. The charismatic 20-year-old played 83 games in the WHL with Prince George and Prince Albert. Johnson started last season with Prince Albert, but was released. After playing one game with La Ronge, Johnson went east to the Sherbrooke Phoenix of the QMJHL.

La Ronge signed 18-year-old defencemen Max Kleiner and Grant Longtin in the off-season. Both players are American and played with the Steamboat Wranglers in the RMJHL last year.

The new additions aren’t just on the ice. With the departure of Darren Martens in the assistant coach role, the Wolves hired Gaelan Patterson to fill the void. Patterson admits, he isn’t sure what to expect once camp gets underway.

“I’ll obviously get familiar pretty quickly and know what we got, and what might help,” said Patterson.

Patterson has spent the last eight seasons playing pro hockey in America, Norway, France and England. He played in the WHL with the Saskatoon Blades and was raised in La Ronge.

Meantime, the Ice Wolves begin pre-season play on Tuesday, Sept. 4 at the Mel Hegland Uniplex when the Flin Flon Bombers come to town.

The Ice Wolves start the season for real on Friday, Sept. 14 at home versus Flin Flon.