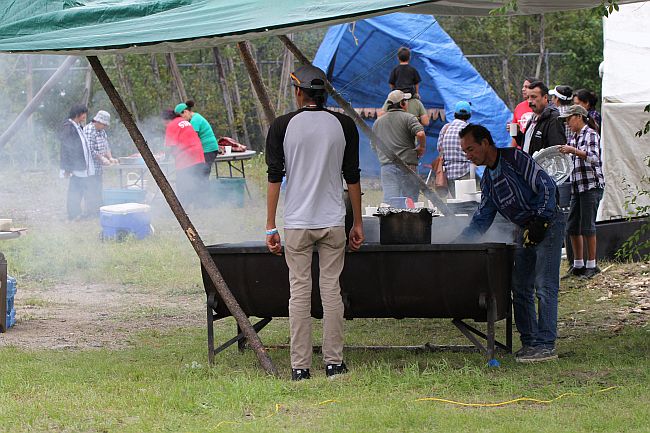 The Lac La Ronge Indian Band’s cultural gathering started this morning and runs through Friday at the urban reserve in downtown La Ronge.

The event is free to the public and the theme this year is “Reconciliation – Bringing Us Together.”

Tom Roberts helped organize the event and says the main purpose is to pass on Indigenous traditions.

Roberts says guest speakers will cover a number of topics.

“The Sixties Scoop program that we’ve been hearing a lot about, traditional Woodland Cree teachings and we’ve got a guy who has been trapping all of his life,” said Roberts.

Roberts says organizers hope the younger generation will learn more about who they are and where they came from.

On Thursday morning, there will be a ceremonial canoe quest from Bells Point to the urban reserve. This will act as a reconciliation project.