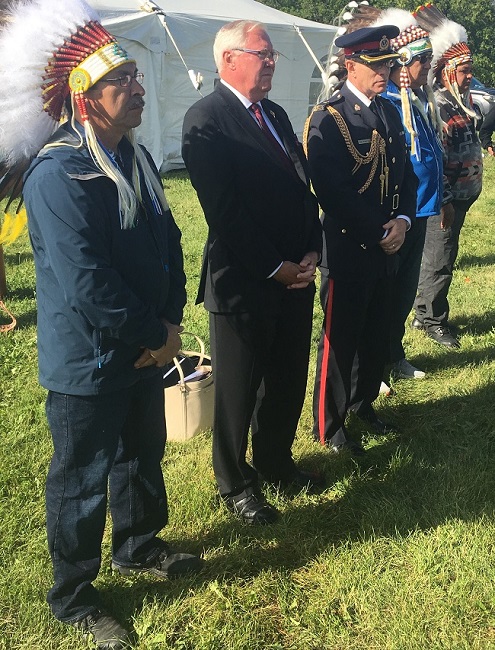 The gathering is taking place on the English River First Nation’s La Plonge reserve, which is near Beauval.

Meadow Lake Tribal Council Chief Eric Sylvestre was on hand to discuss the significance of the flag raising.

Sylvestre adds that the gathering also shows not only what Treaty 10 signifies to the affected First Nations, but also how they in turn helped build Canada.

“The beaver, for example, is probably one of the biggest symbols of how we participated in building this country with the fur trade to begin with.”

The MLTC chief says just as the fur trade once benefitted both First Nations and the Crown, sharing and participating in natural resource development has the potential to bring similar benefits.

Aside from Sylvestre, some of the guest speakers this week include Federation of Sovereign Indigenous Nations Chief Bobby Cameron, Saskatchewan Treaty Commissioner Mary Culbertson and Desnethé—Missinippi—Churchill River MP Georgina Jolibois.

The Treaty 10 Gathering winds up on Thursday.

(PHOTO: Saskatchewan Lieutenant Governor W. Thomas Molloy (second from left) was one of the dignitaries present. Photo by Abel Charles.)