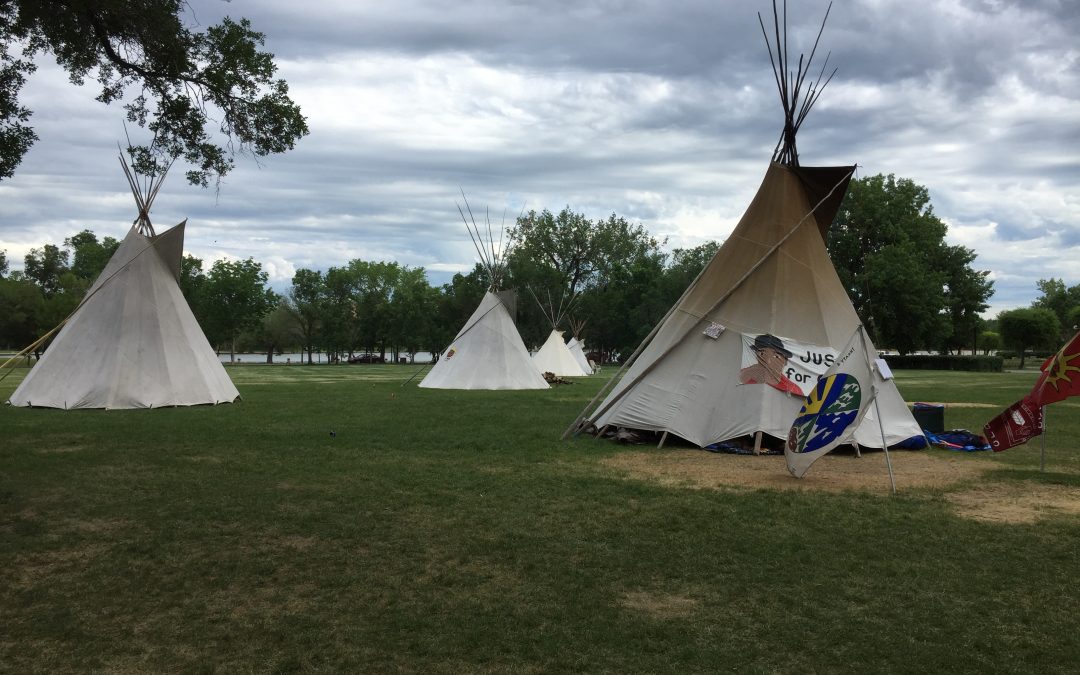 Just days before a planned meeting between the protesters at the Justice for Our Stolen Children camp at Wascana Park and five Sasatchewan government ministers, Premier Scott Moe called the camp illegal and stated that he is in support of Regina police enforcing bylaws at the park.

“Yes I do. There are laws in the park to ensure that the park is available for everyone’s use,” Moe said. “The fact that the protest we do see across the way is breaking laws and those laws should be enforced.”

“It is disappointing that last minute changes are necessary to an event that requires year-round planning because of an unpermitted and illegal protest,” Ross said in a news release Wednesday. “We have bylaws and permits in place to ensure Wascana Park is available for everyone to use in a safe manner, and we are again asking the Regina Police Service to enforce the law.”

The PCC says it has asked Regina police on three occasions to enforce the bylaw, which prohibits overnight camping, placement of structures and burning wood.

The camp, which has been established for over four months, has seen several teepees erected, following the forced eviction last week. As of Thursday morning, there were eight teepees at the camp.

The meeting between the protesters and the ministers is scheduled for July 2, with Attorney General Don Morgan hoping that resolutions to some of the protesters concerns can be achieved.

However, Moe says he expects the camp to be removed following the meeting.

“The message has been heard, and it would be the expectation the camp would be dismantled,” Moe explained.

NDP leader Ryan Meili says the government’s words in the lead up to the in Fort Qu’Appelle discussion are odd.

“I thought that since the meeting was agreed upon, I thought this was an unusual choice for the Provincial Capital Commission to step out in such a way. You have to assume their ministers are behind this decision,” Meili said. “I’ve been really concerned about the way the provincial government has chosen to politicize the role of the police, trying to use them to get rid of a problem that is a political problem.”

Despite the recent government comments, Meili is hopeful the meeting will still take place and be meaningful.

Regina police say it will not take further action against the camp at this time, given the meeting on the horizon and the fact that the protesters are remaining peaceful.

(PHOTO: Justice for Our Stolen Children Camp at Wascana Park. By Dan Jones.)