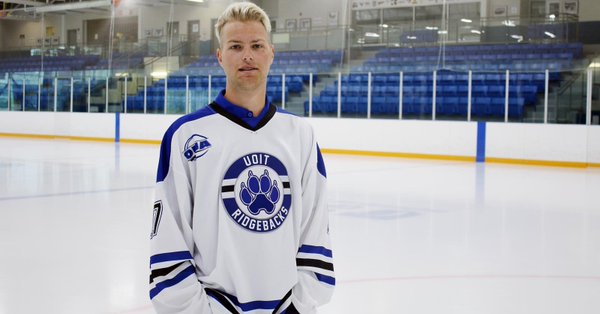 Bryce Fiske, a survivor of the Humboldt Broncos bus crash, has signed in the CIS with a team in Ontario.

On Tuesday, the University of Ontario Institute of Technology Ridgebacks announced they had signed the La Ronge product. UOIT is based out of Oshawa.

Fiske spent many years in the SJHL mostly playing for his hometown La Ronge Ice Wolves. He was traded to the Humboldt Broncos early in the 2017/2018 season.

Fiske was involved with the Broncos tragic bus crash in April en route to their playoff game against the Nipawin Hawks.

Since then, the 5’11 defenceman has been working on getting back on the ice to play hockey this September.

“I’m excited, obviously, it’s been my goal (playing university hockey) since day one of training camp when I was 17 and like I said – I’m excited,” said Fiske in a Ridgebacks’ media release. “It was my goal and I’m excited to see where the future takes me.”

Ridgebacks coach, Curtis Hodgins, says he is excited to see what Fiske can bring to their team.

“I’ve been fortunate to see him play four times this year and Bryce is just a winner,” said Hodgins in the same release. “He plays the game hard, but at the same time has a great skillset, can really skate and is mobile.”

In his time in Humboldt, after being traded from La Ronge, Fiske had six goals and 22 assists in 41 regular season games before posting two goals and eight assists in nine postseason games.