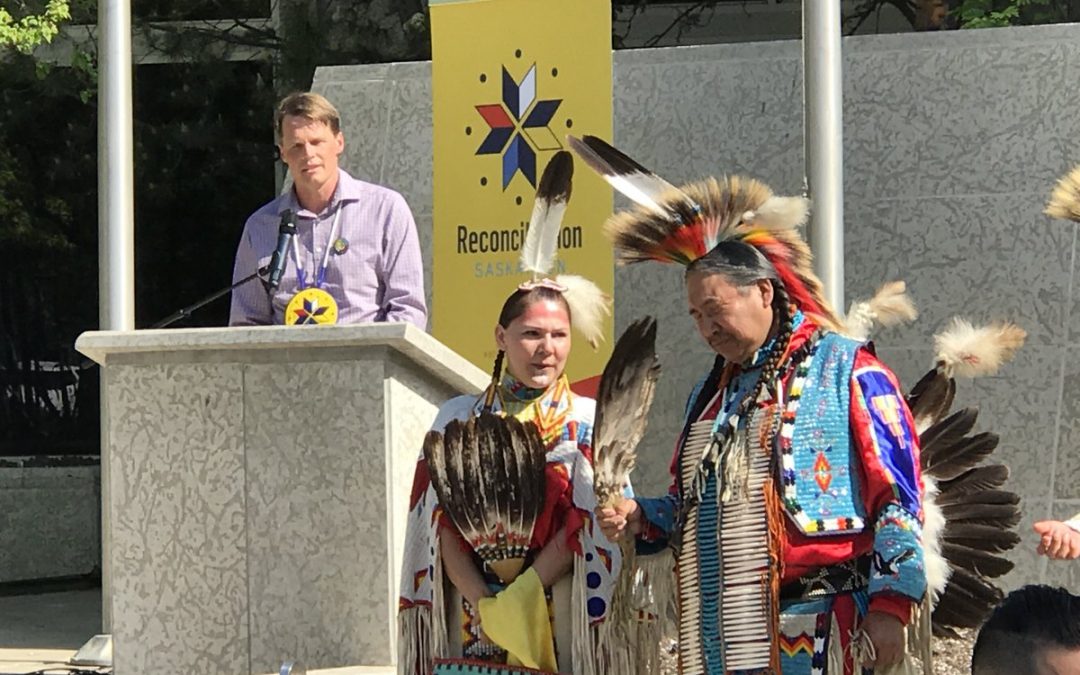 Several First Nation leaders and organizations gathered with officials from the City of Saskatoon Tuesday morning to raise a reconciliation flag.

The raising of the flag has become a yearly tradition in the city ever since Saskatoon made a declaration to respond to the TRC’s calls to action in 2015.

Several reconciliation events have taken place in the city since then and the Reconciliation Saskatoon organization has grown to nearly 90 people.

“In Saskatoon, there is a tremendous effort underway throughout the community to work towards reconciliation and to create a stronger treaty relationship now and into our shared future,” said Saskatoon Mayor Charlie Clark in a media release on the event.

Organizers say this year’s flag raising is about honouring the survivors of residential schools and the Sixties Scoop.

“Looking back at what happened to us in residential schools – the loss of culture and language, the physical, sexual and mental abuse, the blatant racism we experienced – this ceremony is incredibly important to me and for all the survivors,” said residential school survivor Frank Badger, in the same release. “We are teaching our ways to the generation today and those yet to be born, and we will show our children that no one will ever experience this dark time again.”