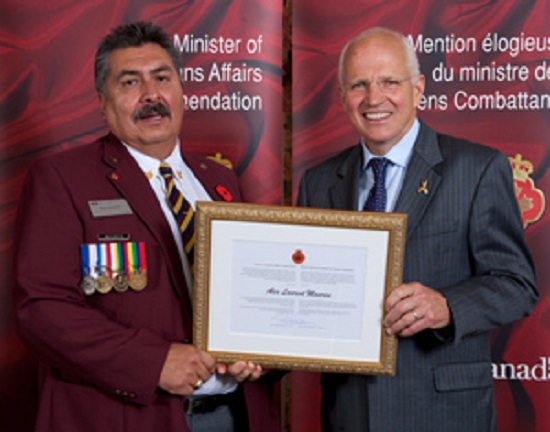 Alex Maurice says he believes it is important to speak on behalf of veterans who can no longer speak for themselves.

The president of the Saskatchewan Metis Veterans Association is part of a group who is meeting with a parliamentary committee in Beauval on Wednesday.

Maurice says politicians must be constantly reminded that Indigenous veterans of World Wars One and Two and the Korean War did not receive the same benefits as their non-Indigenous counterparts.

“The Indigenous veterans in northwest Saskatchewan received no information, no funding, no help for education, for housing, for economic development,” he says.

He adds he expects a number of relatives of deceased veterans to be at the meeting to make their case.

Other items on the agenda include transitional supports, quality of government services and specific needs of Indigenous veterans living in remote areas.

The Standing Committee on Veterans Affairs is meeting with Indigenous veterans across Canada.

It has already made stops in Nova Scotia and Ontario and will be in Victoria, B.C. on Thursday.