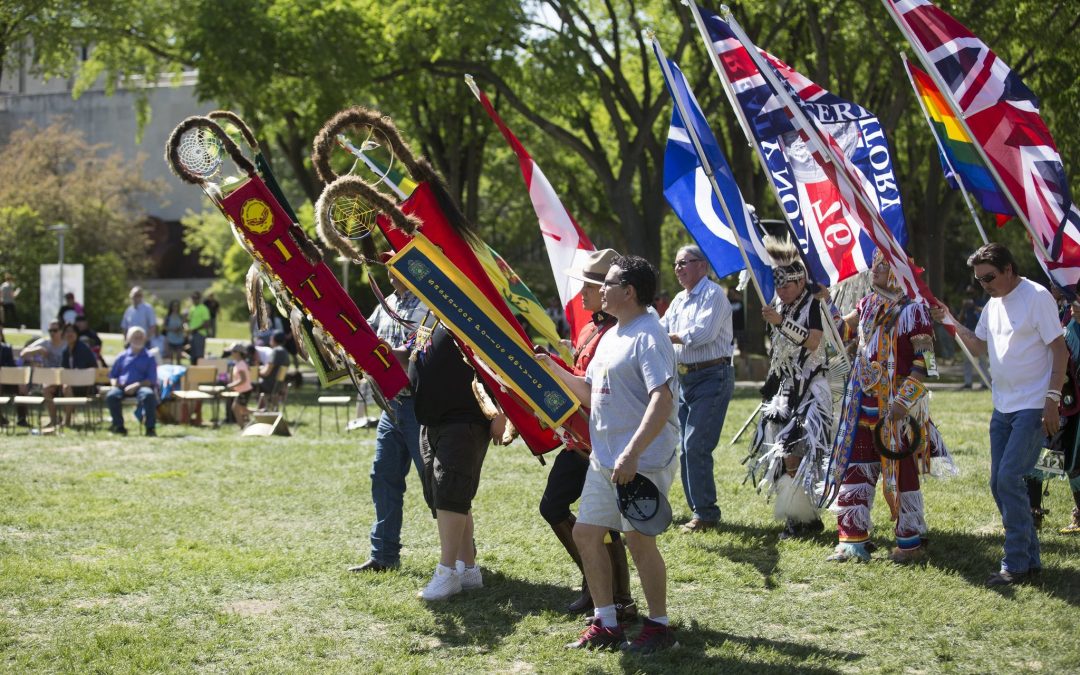 Thousands came together on Wednesday to celebrate the academic achievements of several Indigenous students.

Nearly 800 students graduating from both high school and university were honoured at the University of Saskatchewan Graduation Powwow.

Several hundred more family and friends joined in the ceremony. The day was filled with drumming, fiddling, singing and dancing.

Graeme Joseph, the chair of the graduation powwow committee, says the powwow is a great way to recognize these achievements by Indigenous students.

“When you think about all the challenges these students face to graduate, we want to recognize them, their families, and their communities for the achievement,” said Joseph.

In addition to the graduation ceremony, hundreds of dancers, drummers and singers of all ages from across North America took part in competitions throughout the day. Roughly $20,000 in prize money was up for grabs in these competitions.

The number of attendees at this year’s powwow was certainly less then year’s prior, but that is partly due to the weather and a change in venue.

The ceremony was originally supposed to take place outside at the U of S Bowl, however, because of the rain, the festivities were moved inside to the Education Gym. However, the powwow was livestreamed on the university’s Facebook page.

Despite the change in location, those in attendance certainly seemed to be in high spirits as the day rolled on.