As legislature wraps, Belanger says north has been forgotten 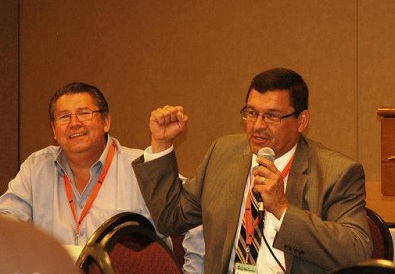 The spring sitting of the Saskatchewan legislature is now complete, and one MLA says northern residents continue to see broken promises by the provincial government.

Athabasca MLA Buckley Belanger says the NAD continues to be forgotten on major challenges, like high suicide rates, lack of mental health support and increased unemployment from the closure of a mine.

Belanger uses the aftermath of the La Loche shootings to underscore how forgetting the north has become.

“We’re seeing largely an abandonment of some of the commitments made when the attention was on La Loche,” said Belanger. “We talk about mental health, we talk about economic development, we see the challenges of a mine shutdown has on a community overall. We see very little investment from this government into the north.”

The north will see an increase of funding to help combat mental health challenges through an $11.4 million investment, but how much and how that money will be spent has yet to be decided.

The government is considering options for northern families, relying on the rental housing supplement, as eligibility may change shortly and the government did remove the social assistance cap for the Fond-du-Lac and Black Lake First Nations on the federal government settlement on an agricultural claim.

However, major improvements to roads and rural airports like Fond-du-Lac will remain unchanged this year.

Premier Scott Moe acknowledged there are some improvements his government has made, pointing to education funding increase and mental health money. Yet, he cautioned there is more work that needs to be done.

Despite what Belanger sees as a lack of support for the north, he thinks its people will rise above and create their own opportunities.

“The north is fighting back. They’re becoming more organized and more focused. They’re not going to continue tolerating the type of treatment they’ve had,” said Belanger. “I’ve said 2018’s going to be our banner year and I’m seeing a lot of evidence that the north is getting stronger and stronger.”