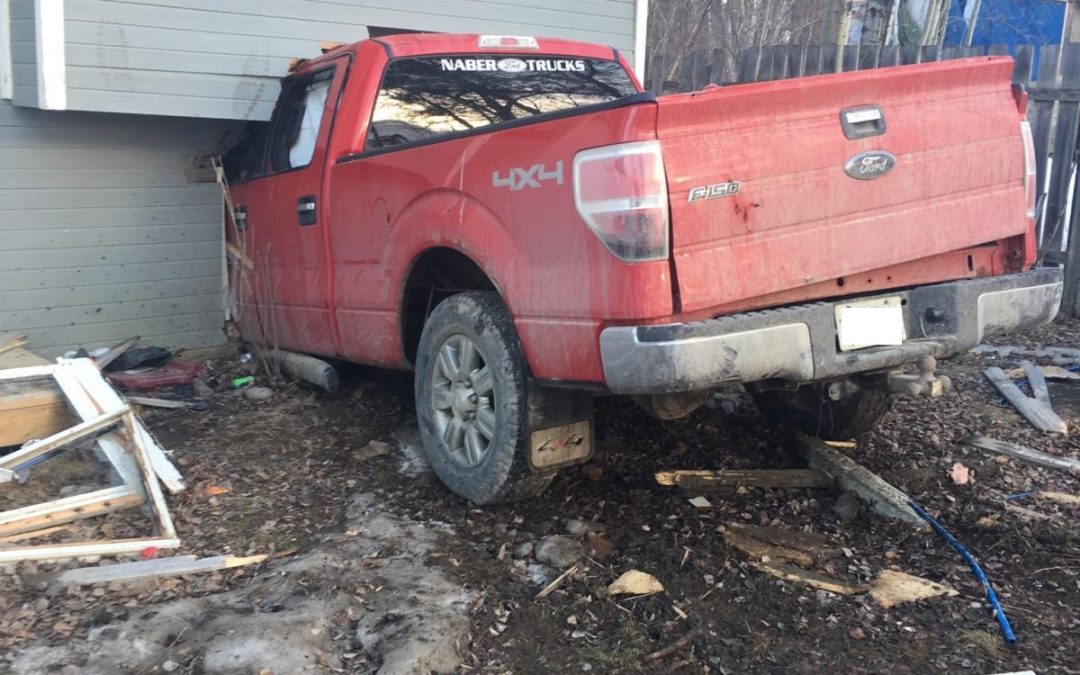 Emergency crews in La Ronge were at work this morning after a stolen truck collided with a house.

RCMP say at around 5:30 a.m., they noticed a vehicle had collided with the side of a home on the Lac La Ronge Indian Band.

Police say the house was occupied at the time with the incident resulting in non-life threatening injuries to one person inside the home.

Police say the truck had been stolen from a residence in Air Ronge earlier in the day.

The La Ronge Fire Department and EMS responded to the incident as well.

RCMP are asking anyone who may have information on this incident to call police or Crime Stoppers.

(PHOTO: A picture of this morning’s collision. Photo provided by the RCMP.)