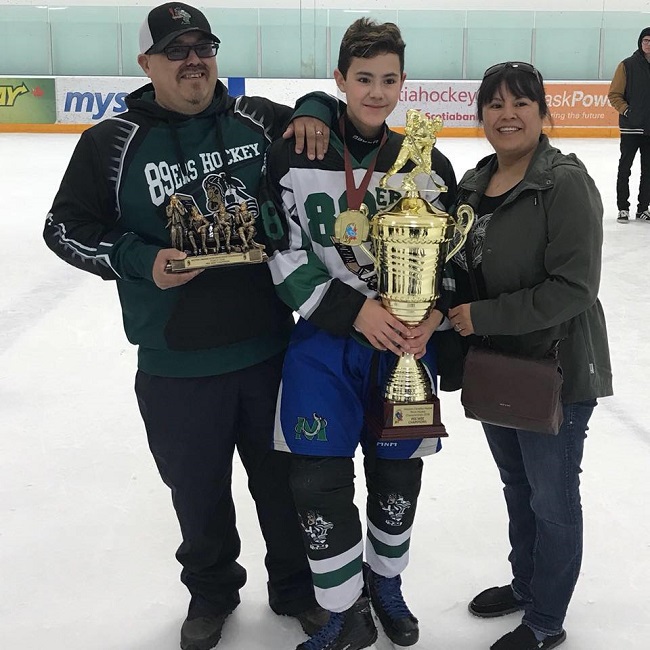 Sage Roberts of the Lac La Ronge Indian Band will hit the ice this weekend at the FSIN Youth Hockey Championships in Saskatoon.

Roberts is no stranger to this particular tournament. Just like last year, the 12-year-old will play for the La Ronge 89ers in the peewee division. He’s expecting his team to have some success after a second-place finish in 2017.

“Yeah, we should have a good team going in, we should probably finish higher than third,” said Roberts.

Roberts spent this past hockey season with the Melfort Peewee AA Mustangs in the Centre Four Hockey League. In 24 games, Roberts recorded 15 points.

Despite having success on the ice, Roberts says he prefers playing softball over hockey. He played softball last season with the Prince Albert Astros.

Meantime, the FSIN Youth Hockey Championships kick off on Friday in Saskatoon. Games will take place at the Jemini and Agriplace arenas.