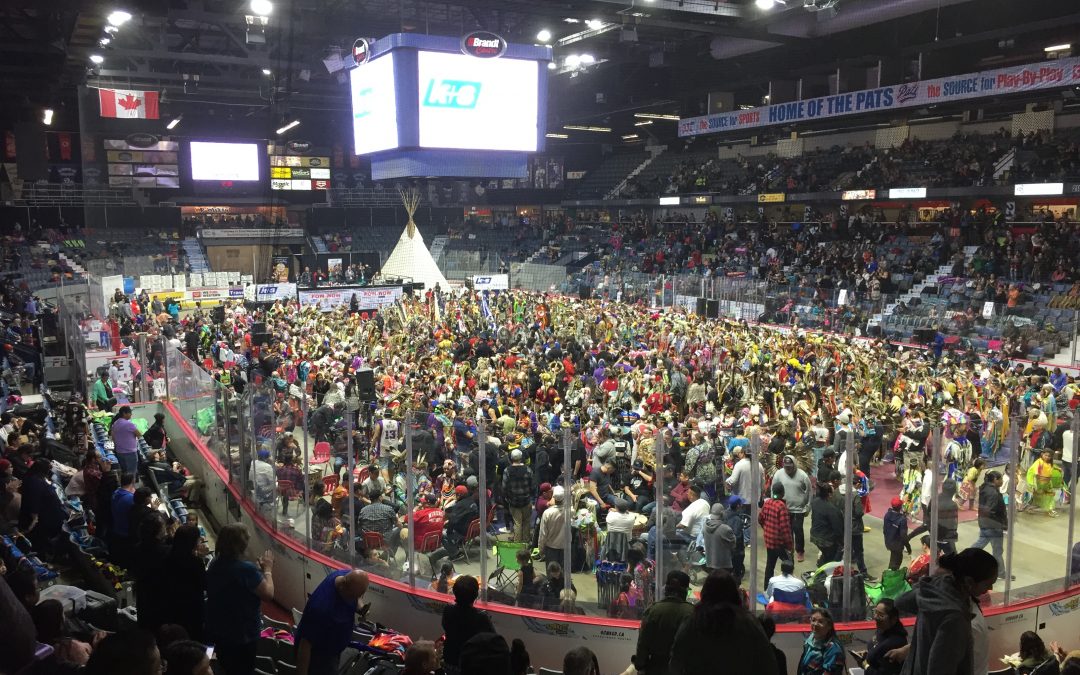 Thousands of participants and spectators descended on the Brandt Centre for the 40th annual First Nations University of Canada Spring Pow Wow in Regina this weekend.

The event opened Saturday with a grand entry, as hundreds of people dressed in full regalia danced their way into the arena to the beat of more than 20 drum groups.

Aboriginal people from across the continent, some from Montana and Oklahoma, were on hand to enjoy the festivities on Treaty 4 territory.

Peter Bundy, who danced, says the pow wow is significant to him, as it allow him to honour the people recently passed away.

“It’s really important, I think — having youth and children to know about our culture. It’s where we began, where we all begin, at that innocent stage and learning.”

The university says the spring pow wow is one of the largest in western Canada, with close to 10,000 attendees.

The event also featured a drumming, singing and dancing competition.