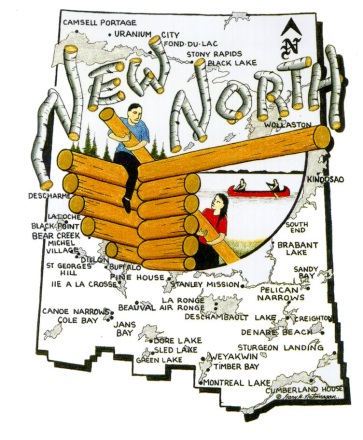 New North is looking for families who use the rental income supplement program to share their stories on how the subsidy is helping lower their housing costs.

The program will no longer be accepting new clients on June 30, as the provincial government is doing away with it. Ottawa is expected to announce the creation of the National Housing Strategy.

CEO Matt Heley and Social Services Minister Paul Merriman recently met to discuss the discontinuation of the program, with a possible extension for the approximately 200 northern families who use the subsidy.

Heley says he was asked to produce a report for special northern consideration. Following the meeting, Heley says he doesn’t think the government understands the housing costs of the north.

“I think what we sort of came away with [is] they don’t know what the impact is really going to be,” said Heley. “They don’t really have a solid understanding of housing needs in the north.”

The supplement provides between $84 and $310 per month and is designed for low-to-middle income families.

Merriman says in scrapping the program, the decision was made based off urban housing rental prices and availability, saying rent in Regina and Saskatoon is lower with vacancy being higher. Merriman could not commit to an extension, suggesting the government will look at the uniqueness of the north.

Heley has concerns that northern families who boost their income with seasonal work won’t be kicked out of the program when work slows.

Merriman says seasonal workers will be taken into consideration.

“This program is going to have an impact on some of our clients,” said Merriman. “The new north — we want to make sure it’s minimal on clients coming in, and if they are being affected by seasonal work that we would take that into consideration.”

Merriman says he has requested a meeting with New North in June to discuss northern challenges.