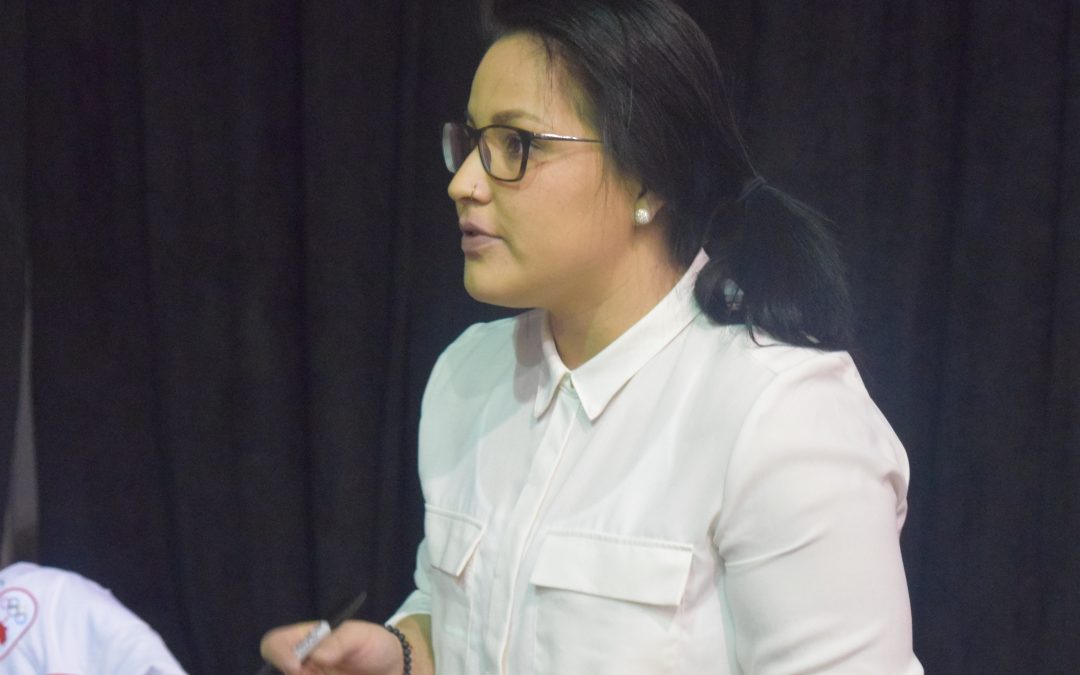 The first Indigenous hockey player to lace up the skates for Canada’s Olympic hockey team says she is humbled by her newfound position as a role model.

Brigette Lacquette spoke to nearly 1,100 students in Saskatoon on Thursday, encouraging them to follow their own dreams.

The 25-year-old defenceman says she had to break down many barriers to get to where she is today — an Olympic silver medallist and the first-ever First Nations player on Canada’s Olympic hockey squad.

Lacquette has been the main attraction at several events like this one in Saskatoon since the PyeongChang Winter Olympics this past February.

“It is very exciting for me to be able to interact with all these kids,” she told MBC News. “It is so rewarding to be able to share my story.”

Since the closing ceremonies, Lacquette says she has only had five days off, but she says it is worth it.

“For myself, I come from a small town in Manitoba and am treaty from Cote First Nation,” she said. “I just want these kids to know that no matter where you come from, you can achieve your dreams.”

Lacquette says she is already back on the ice in Winnipeg training for the next Olympics.