“Like water, I truly believe we will find a way,” Indigenous legal experts discuss possibility of cross-cultural justice system 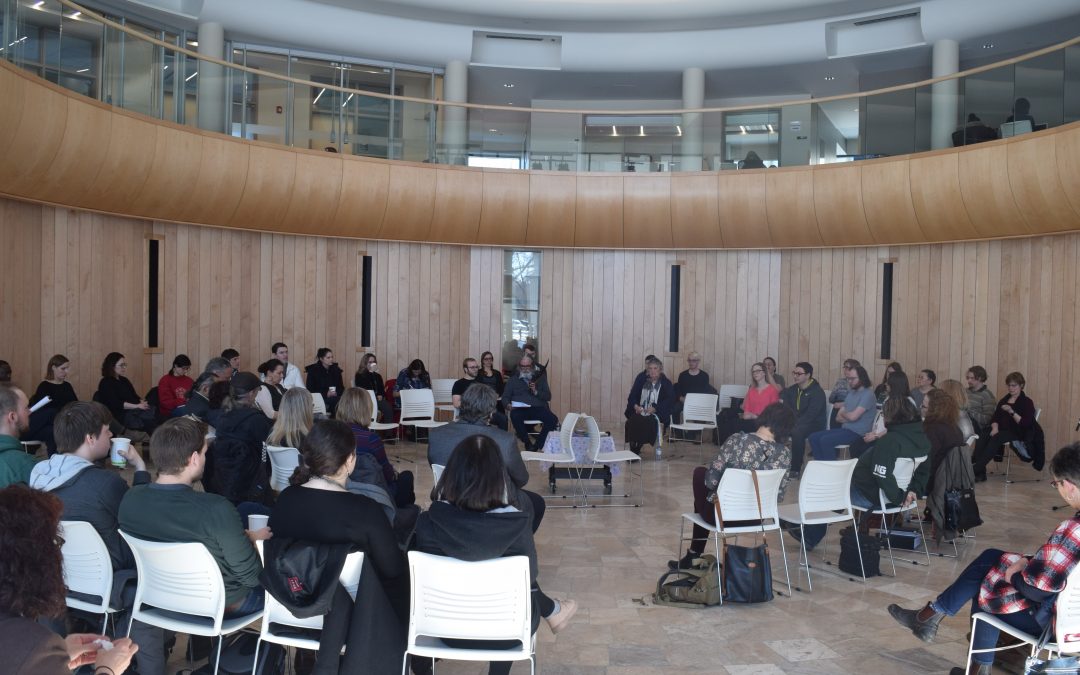 The recent cases of Tina Fontaine and Colten Boushie have led many to question how the Canadian Justice System represents Indigenous victims and offenders.

A circle discussion at the University of Saskatchewan on Monday afternoon brought together three Indigenous legal experts to discuss this question with students and members of the community.

In the wake of the acquittals of both Gerald Stanley and Raymond Cormier, rallying cries rang out across the country calling for both “Justice for Colten” and “Justice for Tina.” Conversations around reconciliation shifted, renewed calls for change echoed across the nation, and Indigenous leaders spoke on their desire to see an end to what they called systemic issues in the justice system.

Marilyn Poitras, the former commissioner of the Inquiry into Missing and Murdered Indigenous Women and Girls, believes these recent controversial court matters will be a catalyst for change in the country.

“This situation has broken something open,” she said. “We are in a shifting space and time.

For Poitras the goal of creating a cross-cultural justice system is incredibly difficult because it requires putting together two different cultures that don’t necessarily mix. However, she believes it is doable

“Like water I truly believe we will find a way,” said Poitras.

For both Larry Chartrand and Michael Gatin renewing the justice system is about returning to the spirit and the intent of the treaties.

Chartrand, the academic director of the university’s Native Law Centre, says “a foreign system” has been imposed on Indigenous people.

“We need to have a meaningful conversation around the idea that justice was not surrendered in the treaties, but was meant to be shared,” he said. “Why are we not having that discussion… why are we just accepting this foreign system imposed on us.” 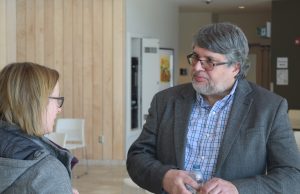 Michael Gatin, an Indigenous mediator and educator with Bridges Mediation Services, encouraged everybody gathered to return to the spirit and intent of the treaties to live in peace and harmony.

“What spaces are we creating in our society today to have these conversations?” He asked. “Why are ewe wrapped up in a discourse of fear. We need to shift that narrative to a narrative of hope with actions attached to that narrative.”

However, the sense of optimism shared by the three speakers was not shared by everybody in the room.

“I am sorry, but I don’t have a lot of hope right now,” said one woman after declaring her view that a cross-cultural justice system was not possible.

Another woman, an Indigenous legal student, spoke on her doubts that the current legal system would accept traditional Indigenous views on justice. However, she didn’t declare it completely impossible.

“Hopefully for my children there is going to be a space in our justice system where Indigenous knowledge is respected,” she said.

While those gathered at the circle discussion differed on how or even if a cross-cultural justice system was possible they all had one thing in common. Everyone who spoke pointed to the importance of allowing for conversations and discussions like this one to continue in the future.

“I know we have to do something,” said Chartrand. “And in order to do (something) I think we need to have more spaces like this.”