More than just a show 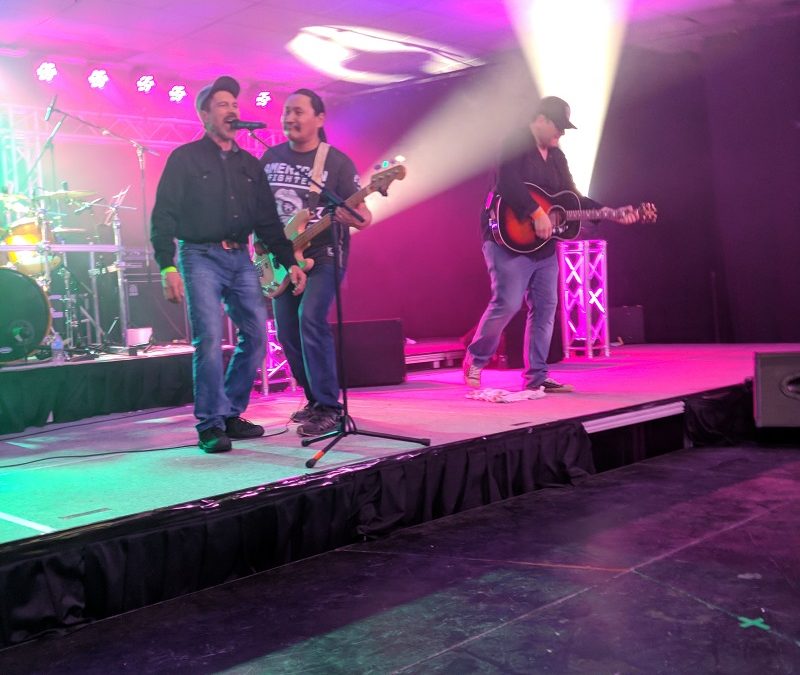 The 26th annual Voices of the North show took place at the Prince Albert Winter Festival from Thursday to Saturday.

Sheryl Kimbley, the organizer for the show, talked about what’s involved in putting something like this together.

“You need a really dedicated group of people that never stop thinking about it year-round, because we do this year-round now,” she explained. “Right after the show is struck down on Saturday night, we’re getting as much sleep as we can ’cause we take off to La Loche the very next morning. And from there, we’ve got 16 shows booked into the year already, so it’s a group of people that really care and our committee members, our volunteers, our band, we’re all family, so that’s what it takes to run something like this.”

Kimbley says dedication to the show is the biggest factor aside from production, as northern residents don’t have as many opportunities and the workers know how much of an impact such an opportunity has on, not only the audience, but the performers as well.

“I can’t speak for whoever comes to watch, but I can say that when I watch the performers come up, and from the minute they come into rehearsals, to the minute they leave us, they’re self-esteem has skyrocketed,” said Kimbley. “The people that watch us, I hope see Aboriginal people at their best and go home with a really good role model of us being proud to be Aboriginal.”

Kimbley has high hopes for the future of the show, the main one being for the community of Aboriginal people uniting and healing through music.

“I hope that it continues,” she said. “I hope that it encourages Aboriginal artists to get out there and keep doing what they’re doing, and I hope it continues to foster a new wave of our people coming together in unity and being able to share and heal through music.”

(PHOTO: Performers on stage at the 2018 Voices of the North show in Prince Albert. Photo by Julianna Maggrah.)