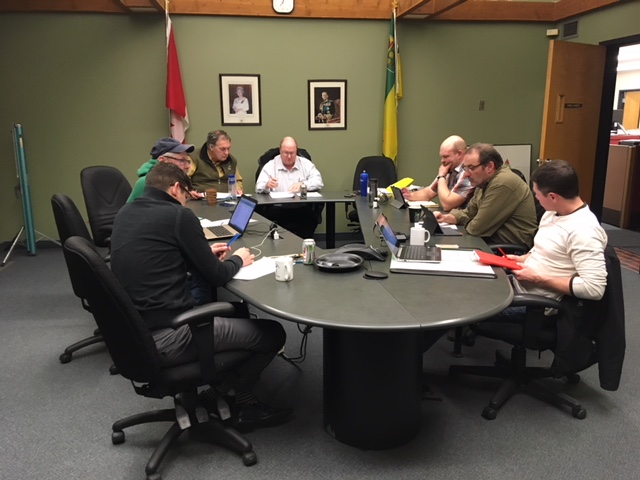 The upcoming municipal and provincial budgets were among the topics of discussion at last night’s meeting of La Ronge town council.

The proceedings started off with a presentation by New North CEO Matt Heley who described the initiatives his organization is involved with representing northern communities.

Cumberland MLA Doyle Vermette brought greetings from the Saskatchewan N-D-P Opposition and says preparations are being made for the next session of the legislature which is scheduled to run from March 12 to May 31.

The provincial budget will be handed down on April 10.

Klassen says the provincial government has requested more information on what wold be done with the money if the town were to be granted a five per cent levy on products purchased at the Saskatchewan Liquor store outlet in La Ronge.

Klassen says the preliminary estimate is that such a levy would amount to about $375,000 per year.

He proposed a motion which suggests 70 per cent of that money should be spent on Community Safety Officers who would be in charge of enforcing any new regulations, 15 per cent to support a community wellness centre, when and if such a centre should open and the final 15 per cent would go to various parks and recreation programs aimed a youth.

Council voted in favor of the motion although it will need to be voted on again in two-weeks.

A number of detailed questions on the motion were also brought forward by Mayor Ron Woytowich and other council members.

One of the questions centered on how the money from the levy would affect the overall town budget.

A written response for the province on how that money would be spent is still being worked on.