Bear gets the call 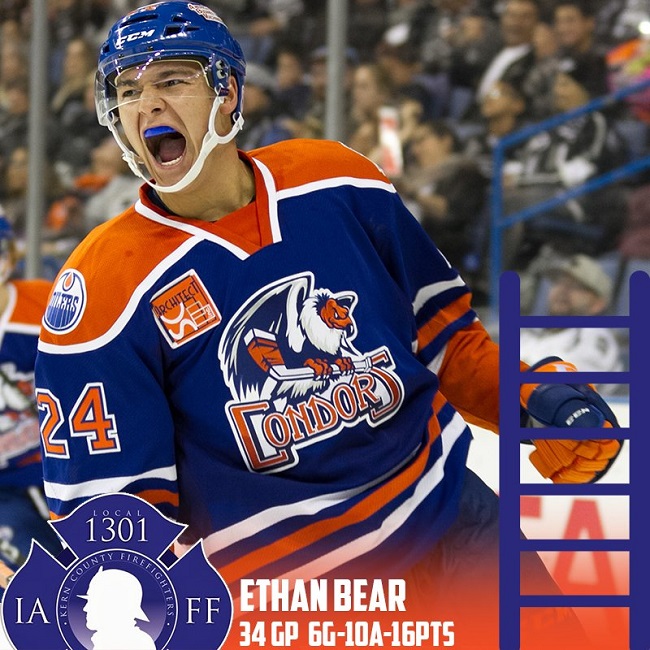 The Edmonton Oilers have called up defenceman Ethan Bear from the AHL’s Bakersfield Condors.

Bear hails from Ochapowace, Saskatchewan. He has recorded 16 points in 34 games this season with the Condors.

Prior to joining the Seattle Thunderbirds in the WHL, Bear played Midget AAA with the Yorkton Harvest.

Bear was selected in the fifth round of the 2015 NHL Entry Draft by the Edmonton Oilers.