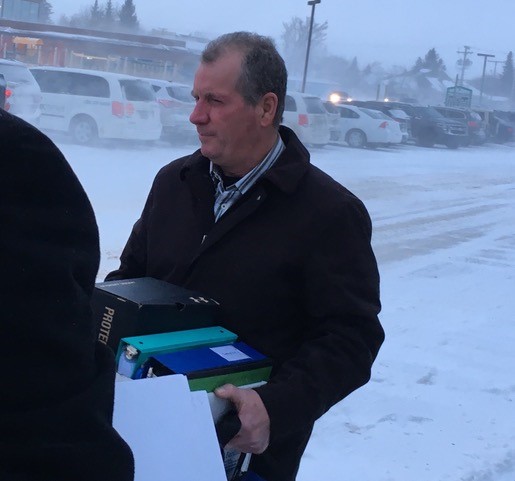 After two days of testimony, a clearer picture is emerging of what happened on August 9th of 2016 when 22 year old Colten Boushie was shot on a farm near Biggar.

The last witness to testify on Wednesday was Eric Meechance.   He testified he was with a group of friends who were drinking heavily, went swimming at a local river then ended up at the Stanley farm after they blew out a tire.

At the farm, Meechance says they rummaged through a vehicle and started an ATV before being chased back to their vehicle by Gerald Stanley and his son.

Earlier in the day Sheldon Stanley took to the stand.  He told the court he smashed the windshield of the SUV as it backed towards him while his father kicked the tail light of the vehicle.

The younger Stanley said it looked like the vehicle was pulling out of the farm yard when it spun around a crashed into another vehicle on the farm.

That is when Sheldon says he ran into the house to grab his car keys.  He told the trial he heard two shots, then when he came out of the house he heard another shot.  He says his father looked sick and said  “I don’t know what happened, I was only trying to scare them when it went off.”

According to Sheldon Colten Boushie was slumped over the steering wheel dead from a single gun shot wound to the head.

After the shooting, Sheldon also says there was also an altercation involving two girls in the car and Sheldon’s mother. He says she was punched in the face and knocked to the ground before he could intervene.

Meechance also told the trial two shots were fired at him by Gerald Stanley as he attempted to run from their disabled vehicle.  He says he could hear the bullets whiz by his head as he ran.

The trial in Battleford is expected to last two to three weeks.  More occupants of the car will testify on Thursday.

The prosecution could wrap up its case this week. The Crown has only five more witnesses to call.