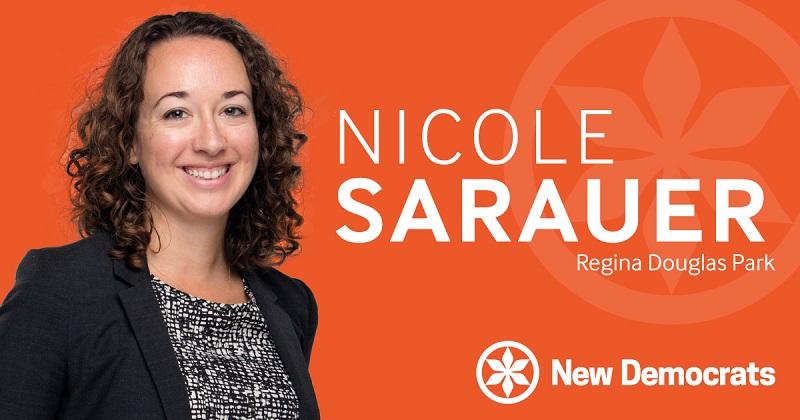 Sarauer is the legislative member representing Regina Douglas Park and currently leads the opposition. It is an opposition that currently holds one of two seats in Prince Albert and both ridings in the province’s north.

In an interview with MBC News, Sarauer commended the work done by Buckley Belanger, Doyle Vermette and Nicole Rancourt. She also said that both candidates in the party’s leadership race are focusing on Indigenous and northern issues.

“The north can often feel ignored by those who make decisions in Regina, and Buckley, Doyle and Nicole have done a fantastic job of beating that voice at those tables. They’re in the community, they’re listening, they’re engaged, (and) they care very passionately about the community,” said Sarauer.

“Both of them (the candidates) have different areas that they think should be prioritized, but both of them are definitely focused on northern issues and Indigenous issues as well. I’m really excited to see what comes out of this race in terms of those platform pieces.”

A new leader for the provincial NDP is scheduled to be elected at the party’s leadership convention on March 3 in Regina.

A debate between leadership candidates Ryan Meili and Trent Wotherspoon will be taking place on Saturday at the Prince Albert Travelodge.

The event will be open to the public and is scheduled to start at 7 p.m.