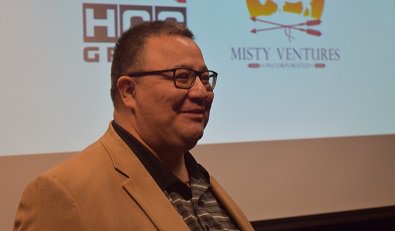 The economic arm of the Mistawasis First Nation has entered a partnership to purchase a mining contracting company.

Misty Ventures announced this morning their purchase of Xtreme Mining and Demolition alongside the Hamilton Construction Corporation. The two partners formed the HCC Group to finalize the investment.

XMD is an established mining contractor in the province working mainly in the potash industry. According to the heads of the newly-formed HCC Group, it should be “business as usual” for XMD.

“It is a very successful company, so what kind of changes need to occur other than expansion and growth,” said Misty Ventures President and CEO Robert Daniels.

Daniels also says this is an important step forward for Mistawasis.

“We are here to work together and be successful together and we want to be a part of every sector to increase our success,” he said. “This is not about just getting our band members working, it is about getting the province working.”

“We believe this relationship is the first major mining contractor to offer equal representation for both ownership share and management with a First Nations community,” said Ken Hamilton, President of the HCC Group.

With this latest acquisition, Misty Ventures now has an ownership stake in 19 different companies. Since the economic development corporation was formed in 2011, Daniels says unemployment in Mistawasis has been reduced drastically.

“For the business side of things it is about the ability to improve the lifestyle in our community, not only in our home community but across the province,” he said.

The Mistawasis First Nation is about 120 kilometres north of Saskatoon.