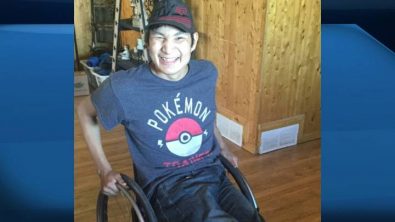 One of the people injured in a plane crash earlier this month near Fond du Lac has died.

The family of Arson Fern Jr. announced his death on a GoFundMe page set up after the crash.

The West Wind Aviation plane with 25 people on board went down on December 13, 2017, shortly after taking off from the Fond du Lac airstrip.

Everyone on board escaped the wreckage, but seven people were seriously injured.

Fern was one of a number of people who were airlifted to hospital in Saskatoon for treatment.

The family says 19-year-old who had cerebral palsy, suffered broken legs, a broken pelvis, internal bleeding and a collapsed lung.

Transport Canada has since grounded the company’s fleet of aircraft.

It says it identified deficiencies during a post-accident inspection of West Wind Aviation from December 18 to 20.

Transport Canada says it will not allow the company to resume its commercial air service until it demonstrates compliance with aviation safety regulations.