Engine failure ruled out as cause of Fond du Lac Crash 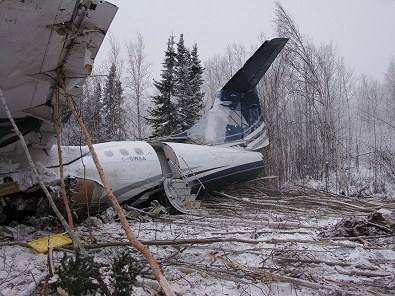 Both engines of the West Wind Aviation turboprop passenger plane were operating when the plane hit the ground shortly after takeoff from the Fond du Lac airport last Wednesday night.

The information was released today during a media briefing held by Transportation Safety Board officials in Winnipeg. Regional manager Eric Vermette also told reporters seven people, including one crew member, were seriously injured — while the remaining two crew members and 16 passengers escaped with minor injuries.

Vermette says it is remarkable there was no fire and no loss of life. He says the survivability of the crash will also be part of the investigation.

“I think it is remarkable that people were able to come together and help the passengers and crew members on this aircraft,” he said. “And, actually, part of our investigation is also looking at the survivability and how people were able to survive the accident.”

At this stage, the TSB is gathering data and interviewing witnesses, including the pilots and passengers. However, Vermette says that information will remain confidential until the final report is complete.

He could provide no timeline on that, except to say if any safety issues with the aircraft are uncovered that information will be conveyed immediately.

The plane involved is an ATR 42. It has a passenger capacity of 44. It was about half full when it went down last Wednesday night, although it was hauling cargo.

Vermette says the weight of the plane on takeoff is also part of the investigation, as is the precise weather conditions at the time.

According to AccuWeather, there was no precipitation on December 13. The high was -8 degrees Celsius and the low was -10.

(PHOTO: Photo of the wreckage.  Courtesy the Transportation Safety Board.)