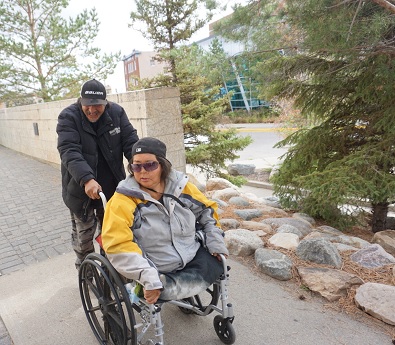 The Prince Albert Grand Council Women’s Commission is stressing the importance of the story of Marlene Bird, following her passing on Monday morning.

Bird was the victim of an attack in June of 2014 that left her without legs and one of her eyes. The attack in Prince Albert drew nationwide attention and brought a focus to the abnormally-high amount of violent crime befalling Indigenous people.

Up until her passing, Bird worked closely with the Prince Albert-based commission.

“We’ve always been against violence against women,” says commission chair, Shirley Henderson. “We do have a family violence coordinator who works with the commission and quite often Marlene would give her calls to talk on the phone.”

In an interview with MBC, Henderson said that the story of Marlene Bird is still important as Indigenous women are still too often the victims of violent crime.

“You got to be careful where you go, who you’re with (and) what you do,” says Henderson. “In a lot of my conversations with Marlene, she was very sorry that she went out that night and did not have anyone with her.”

The man who attacked Bird in 2014, Leslie Black, is currently serving a 16-year prison sentence.