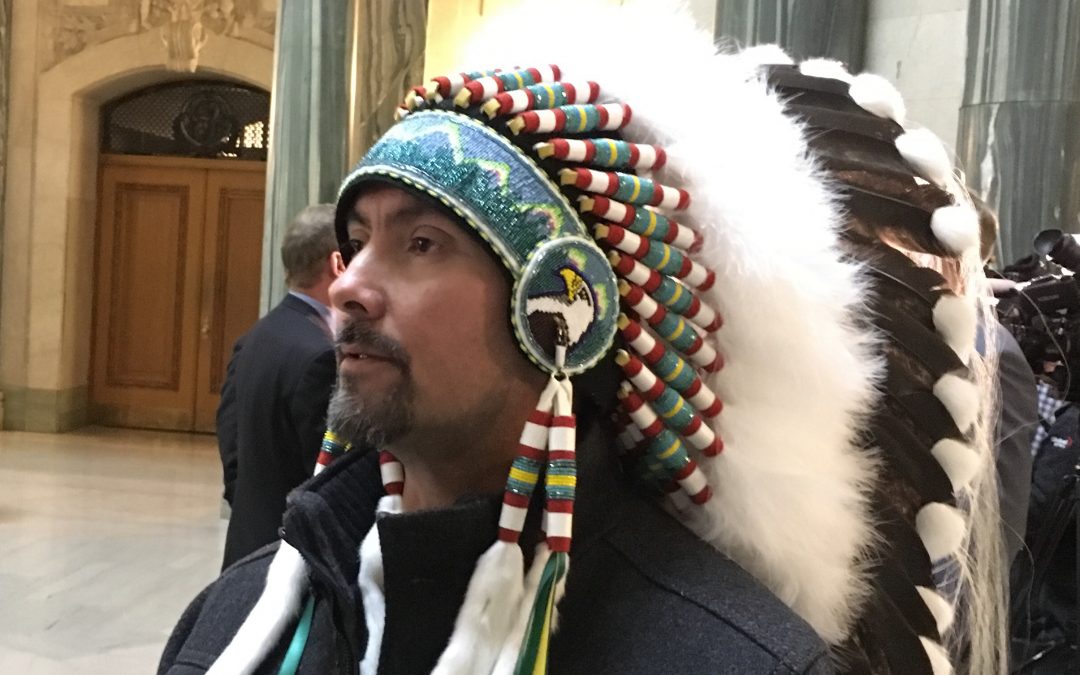 The NDP Opposition is accusing the provincial government of ignoring its duty to consult with First Nations and attempting to rush through lifelong licence renewals for two dam projects that have dramatically impacted the flow of the Saskatchewan River.

Rene Chaboyer, the chief of the Cumberland House Cree Nation was at the Saskatchewan Legislature Tuesday to watch as the NDP raise the issue of licencing the E.B. Campbell and Nipawin Dams upstream from the First Nation.

The projects were built decades ago during a time when environmental impact studies were not even required and there was no duty to consult.

The chief says the dams have had a profound impact on the Aboriginal way of life. He says the First Nation is not willing to sign off on new licenses without proper consultation, study and research.

“The band is not against the projects continuing, they just don’t want their rights flushed away during the process,” she said. “They want meaningful consultation with the Crown, and to work towards a constructive solution.”

SaskPower Minister Dustin Duncan said the duty to consult does not apply to projects that were built decades ago. He said he is willing meeting with the chief, and he assured the legislature that the band’s concerns are being heard.

Premier Brad Wall said the government is committed to consultation.

“Consultation is a priority,” Wall said. “It doesn’t mean that all sides get exactly what they want — I guess that is the very definition of consultation — but it will happen earnestly.”

The E.B. Campbell Dam was built in 1963, it was previously known as the Squaw Rapids Dam. The Nipawin Dam went into service in 1985. Saskatchewan’s Water Security Agency wants to licence both dams together in perpetuity.

The Cumberland House Cree Nation is holding a community meeting on the projects today.