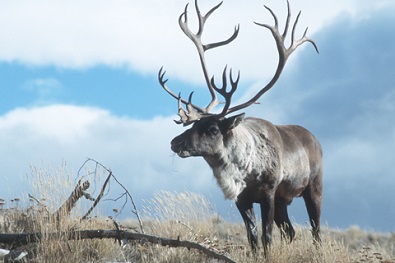 The NDP says the provincial government is once again ignoring the north.

Environment critic, Cathy Sproule, says the lack of provincial funding prevented members of the Beverly-Qamanirjuaq Management Board from attending a semi-annual meeting in Winnipeg.

The management board consists of members from Saskatchewan, Manitoba and the Northwest Territories. It tracks the Beverly-Qamanirjuag barren-ground caribou herds that migrate across the region every year and provide a food source for many northern First Nations. Its numbers have been declining, and there is concern about the stability of the heard.

Long-time Saskatchewan board member, Joe Martin, was disappointed he could not attend the meeting.

“It’s really important to us,” he said. “I usually go every year, and I wanted to go, but this year there was no money.”

Environment Minister Dustin Duncan says the province is not backing away from its commitment to the board. He says the lack of funding for one meeting does not indicate a lack of interest or participation on the part of the provincial department.

“It was one meeting, we hosted the previous meeting in Prince Albert and plan to take part in future meetings as well,” he said.

The NDP’s environment critic, Cathy Sproule, says this is a lot more than just missing one meeting. She says it is an indication of the government’s lack of concern.

“This is a huge concern,” she said. “Because as you know, caribou in the north are kind of like the canary in the coal mine. They are in a critical part of the ecosystem, and the drop in numbers is staggering and alarming.”

The environment minister says Saskatchewan’s herd management plan is one of the most advanced in Canada, and he plans to maintain provincial representatives at board meetings, but says other avenues like teleconferencing could be looked at.