Industry leaders project increase of women in the mining industry 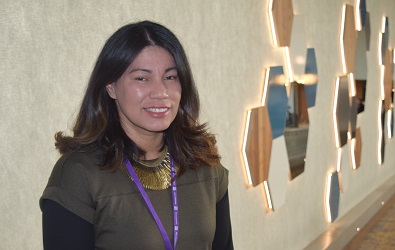 According to industry leaders, the future for women in the mining industry is bright.

The 2017 Mine Your Potential Conference came to Saskatoon on Friday. The conference brings together representatives from across the mining industry to give them a chance to learn different ideas that will help them in their career.

“This is our fifth event, and I think it is our largest so far,” said Kirsten Ketilson, Vice Chair of the Mine Your Potential Committee. “We have been growing every year, and I think it is a reflection of how much value people get out of the conference.”

While many topics were discussed, this year’s conference put a greater focus on gender balance in the industry. Anne Gent, Saskatchewan Chair of Women in Mining Women in Nuclear, says the emphasis on gender equality means the industry is moving into the modern-era.

“There are a lot of excellent positions within the mining and nuclear industries, and women are the perfect demographic to come in and get those high-paying jobs,” said Gent.

Women represent about 17 per cent of the mining industry in Canada, but Gent is predicting a growth in those numbers in the upcoming years. While Gent admits there are barriers to that happening, she does say those barriers are slowly getting broken down.

“Some see the industry as male dominated,” said Gent. “One of the biggest barriers we have is convincing women that this is no longer the case.”

Joining Gent in her predictions is Darlene Brander, an accomplished Indigenous leader in the Saskatchewan business community. For the past six years, Brander has worked for Athabasca Catering in a leadership capacity.

“I expect the number of women in the industry to increase,” she said. “When you set goals, you set yourself up for success.”

Brander hosted a presentation during the conference entitled Leadership, Governance and Ethics from an Indigenous Women’s Perspective.

Organizers say Saskatoon will be the host of the national WIM/WIN conference in 2018.