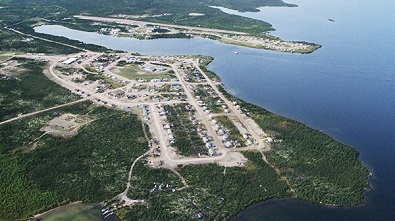 Hope is fading for a 24-year-old Hatchet Lake man who has now been missing for almost three weeks.

The missing man was last seen on October 12, and was reported missing seven days later. There have been two aerial searches since then  and numerous ground searches by community members and family. Sniffer dogs are being brought in today from Lloydminster.

“It has been snowing, and we almost have a foot of snow here,” he said. “It is difficult to search like that, and it is still snowing and winter is coming.”

Chief Tsannie describes his cousin as a bright young man, with excellent knowledge of the bush and lake, but he says Jean Baptiste also had his problems.

“You know, I can’t say what happened, he is a bright young boy, you know, but alcohol always plays a role in this kind of stuff, which is not good,” he said.

Chief Tsannie was critical of the RCMP efforts, saying they should be working more closely with the First Nation to try to find his cousin.