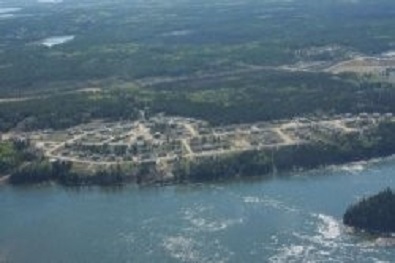 A new initiative at Deschambault Lake is hoping to help fight food insecurity in the community.

Four women have come together to start a food pantry initiative that will work on getting food into households where it is needed. The initiative will work similar to a food bank, where families in need can collect food hampers to fill their pantries.

Madelaine Custer is one of the women in the northern community taking on the project. She says she was inspired to undertake the initiative after seeing statistics about on-reserve poverty levels.

“We had to address that issue because all of us (in the initiative) come from that background, and we don’t want others to walk in our footsteps,” she said.

Custer says a 10 pound bag of potatoes at the Deschambault Lake store can cost as much as $19.95, which she says makes it difficult for anyone in the community to afford groceries. Many from the community travel to Flin Flon for more affordable groceries.

The initiative was originally planned for October, but Custer and the other women decided to move it forward after wildfires caused road closures into Flin Flon and other places where people travel for food.

The group had already received donations for the initiative, so they began purchasing and compiling food hampers immediately. Custer says in their first afternoon, they handed out 75 food hampers.

While Custer admits they don’t necessarily have a name for the initiative yet, they were thinking of calling it Kohkominow’s Place, which translates to our grandmother’s place in Cree.

“Because we are all going to be grandmothers,” said Custer. “Our children and grandchildren are important to us and that’s why we are doing this.”

Anyone who is interesting in volunteering with the initiative or donating food can contact Madelaine Custer at 306-632-7257.