Many refuse to take flight from Pelican Narrows 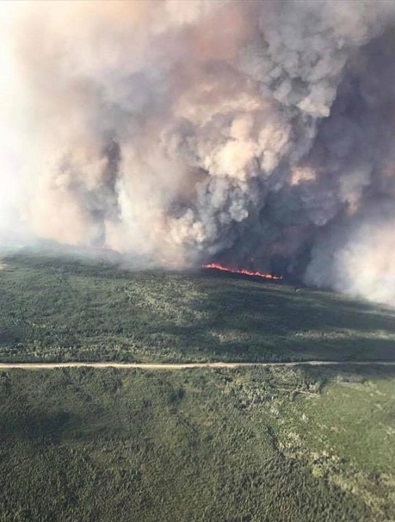 Despite a mandatory evacuation, over 1,000 people are staying behind in Pelican Narrows, willing to take their chances with heavy smoke and encroaching flames from three nearby forest fires.

Provincial officials say they don’t have an exact number, because many people self-evacuated, however, for those who want to leave, there are buses standing by.

Yesterday, the Peter Ballantyne Cree Nation issued a general evacuation order. The smoke from the fires became thicker and road access became an issue when the fires crossed Highway 135, both north and south of Pelican Narrows.

The Executive Director of Emergency Management and Fire Safety, Duane McKay, says there are five buses, along with escort vehicles ready at a moment’s notice. He also says that anyone who leaves will not be allowed back in. McKay says for those who opt to stay, emergency crews will make sure they are alright.

“You know, although it would seem that people should be evacuating out of those areas, wherever possible, it is our goal to ensure people have the capability, if desired to stay in place,” he said. “So that is one of the goals we have is to minimize evacuations wherever possible.”

More than 140 firefighters, as well as 15 helicopters and water bombers are working the fire line. Wildfire Management Executive Director, Steve Roberts, says so far, no structures have been lost. He adds there is also a major effort to prevent infrastructure loss.

“The fire threat exists to power lines that are parallel to Highway 135 and its substation. We are working with SaskPower to make sure both of those are protected and remain online.”

Last night, a state of emergency was declared in Sandy Bay, about 65 kilometres north of Pelican Narrows. About 70 residents, including those with health issues, their caregivers and the very young were bused out to Prince Albert, leaving about 1,100 residents in the community.

Pelican Narrows has a population of about 3,500. At least a third of them are still there. The rest are staying in an evacuation centre in Saskatoon, in hotels or with family and friends.

Meantime, there were complete evacuations of the small communities of Jan Lake and Birch Portage. Firefighters are in the area protecting about 70 structures, including cabins, which are at risk from the flames.

There is a 60 per cent chance of showers in the Pelican Narrows region today and on Sunday, but with the thundershowers, will come lightning and the risk of new fires.

The two-week forecast calls for cooler temperatures but no major rainfall.