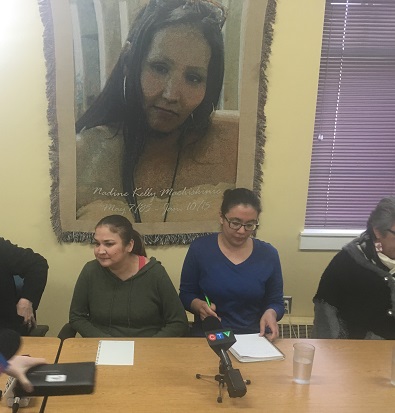 It is not a new investigation, but simply a look at what Regina Police did and did not do in their investigation into the death of 29-year-old Nadine Machiskinic.

She fell 10 floors to her death down a laundry chute at the downtown Regina hotel in January of 2015. The death was the subject of an inquest, which concluded the manner of death was undetermined, contradicting an earlier report from the provincial coroner, who ruled it as accidental. The family of Nadine Machiskinic is also suing the Delta hotel for negligence.

Regina Police Chief Evan Bray is not available for a comment today, but police have issued the following statement on its request to have the RCMP take a look at the file.

“Most of you will be aware that Chief Evan Bray made a public commitment to the family of Nadine Machiskinic that the Regina Police Service would welcome an independent review of its investigation. There was no order for the Regina Police Service to do more with this investigation, but Chief Bray felt strongly that if an independent review could give the family some comfort and help them move forward, he would help make it happen. When he looked for an available process there was none.

The Public Complaints Commission had already completed the public complaint; the Ministry of Justice had completed its Inquest. There was no mechanism to have the case reviewed in spite of the Chief’s offer. In an effort to help the family of Ms. Machiskinic find some peace, Chief Bray contacted the Assistant Commissioner of the RCMP to request a review…not a re-investigation…of the case. The RCMP members assigned to the review will have access to all files and documents they need in order to review the RPS investigation.

The RCMP has accepted our request to do a review of the investigation. It is our understanding that they have reached out to Ms. Delores Stevenson to introduce themselves and hear her concerns directly. Already some in the media are mistakenly calling this a “re-investigation”. As indicated, that term is incorrect and could contribute to other media outlets making the same mistake and building expectations for this family and our community that cannot be met.”

Meanwhile, the aunt of Nadine Machiskinic welcomes the RCMP’s review of how Regina Police handled the laundry chute death of her niece 2.5 years ago. Delores Stevenson says an inquest into the January 2015 death of her niece highlighted a lot of gaps and missteps on the part of Regina Police. She expressed her gratitude to Regina Police Chief Evan Bray for asking the RCMP to conduct a review, but she still has reservations about the process because it is still police investigating police.