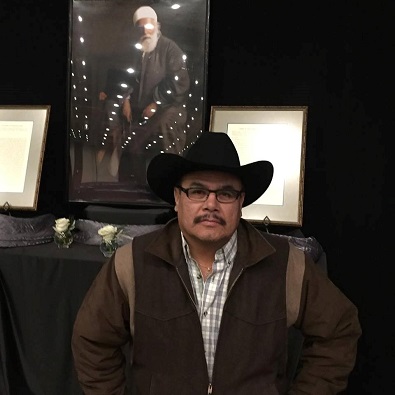 UPDATE: Kamao Cappo has told MBC that at around 9:30 a.m. on Friday, he received a voice-mail from a higher-up at Canadian Tire. He said this call was made after media reports stated that Canadian Tire has apologized to him after he posted a video on his Facebook page showing an altercation between himself and a store employee on Wednesday.

Kamao Cappo is disputing media reports that Canadian Tire has apologized to him after he posted a video on his Facebook page showing an altercation between himself and a store employee on Wednesday.

Cappo was eventually kicked out after a bit of a scuffle after the store employee accused him of theft. On his Facebook page today, Cappo, says no one from Canadian Tire has talked to him since the incident. He says while the company has issued a statement of apology, they have not contacted him to say they are sorry.

Since he posted the video on Wednesday, it has gone viral, and Cappo has become the centre of media attention. People who posted to his website accused the store of racial profiling, with some posters encouraging a boycott.

Yesterday, doors at the east-end Regina store were locked and police were called as a precaution after a gun threat had been made. It is not known if these two incidents are related. Regina Police are continuing their investigation.

Meanwhile, Cappo continues his media engagements, beginning the day as a guest on a Saskatchewan radio talk show. He has also filed an assault allegation against the store employee with Regina Police.