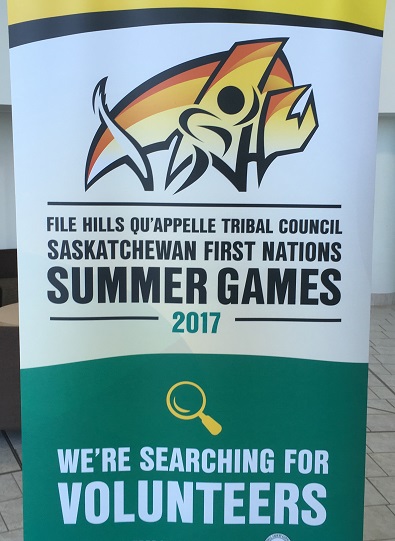 In 30 days, Regina will be host to the Saskatchewan First Nations Summer Games which are being organized by the File Hills Qu’Appelle Tribal Council.

Up to 3,500 young athletes between the ages of 13 and 18 will compete in nine different sports including archery, softball, canoeing, golfing, athletics, cross-country running, beach volleyball, athletics and lacrosse.

The chief of the tribal council, Edmund Bellegarde, says for some of the participants this will be the first real positive event they have ever participated in.

“That’s the sad reality we have to deal with,” he said. “At the First Nation level, whether it is on reserve, in inner cities, or in towns, where our young people are struggling.”

The games begin Aug. 6 and wrap up on the Aug. 11 and the theme of the games is “Empowering Excellence.”

They are expected to inject about $10 million into the local economy. In addition to the young athletes there will be coaches, families and friends descending on Regina, bringing the total number of visitors to about 10,000. The games are one of two major Indigenous events being hosted in Regina this summer.

A week before the games begin, the Assembly of First Nations is holding a national chiefs meeting in Regina. Chiefs from more than 600 First Nations are expected to attend.