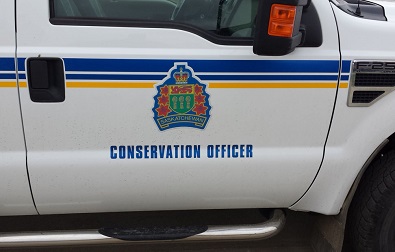 Over the past 18 months, there have been about eight convictions under the wildlife act involving illegal First Nations outfitters and American hunters. Dozens of charges were laid and thousands of dollars in fines were levied.

The environment department has now sent out letters to about 30 First Nations, which offer outfitting services indicating quotas will be placed on big game export permits. That would impact the number of animals that can be taken by non-Saskatchewan residents.

Moe admits, the government’s intentions were not well received by the First Nations, but he is confident things can be worked out.

“It’s unfortunate in many cases we did not have good engagement on that invitation to sit down and discuss how we move forward, but in saying that I talked to Chief Cameron this morning, and we are committed to sitting down in the next few days to have a discussion about how we move forward,” said Moe.

The environment minister also maintains that limiting export permits to First Nations outfitters is not a violation of treaty rights as suggested by the FSIN. He says such a move in no way infringes on First Nations rights to hunt, fish and trap.

Moe says running a commercial enterprise like outfitting and guiding is not the same as First Nations treaty rights to hunt and fish for their own use.

The most recent illegal hunting bust involving First Nations outfitters took place June 19th. It was a two- and-a-half-year international investigation that resulted in $71,000 in fines against four North Battleford area men who ran illegal outfitting services near the community of Hazlet. Their customers were American hunters.