Loss of retention workers program will have impact on vulnerable students 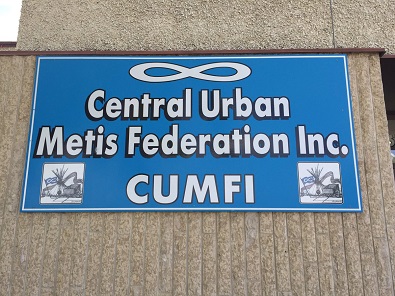 Cuts to funding in the provincial budget to school boards and school divisions will have a major impact on inner city schools, according to the president of the Central Urban Metis Federation Incorporated.

Shirley Isbister says the slash in funding to the Saskatoon Greater Catholic School Board means schools that rely on support and retention workers will be hurt the most. The board will be receiving $9.7 million less this budget year and will be eliminating some positions, such as retention workers at St. Michaels, St. Mary’s and St. Francis. In total, 12 people will be let go in the Greater Saskatoon School Division.

She says having those workers in place is important for students and their families.

“Losing that transitional worker who does so much to help get kids to school, and works with families to overcome barriers, so that the children can attend school, that really hits home,” she said.

Isibister added that the St. Michaels School was starting to incorporate some Michif language into the classroom. By eliminating the only fluent Michif speaking person, it would be a huge loss to the school.

She says the partnership that has been built between CUMFI and the Catholic School Board has been beneficial as attendance by inner Indigenous city students has been increasing over the last few years. She says that has been the case because of the work of the support and retention workers.

“I am very disappointed in the choice they (the provincial government) had to make because student success is what we are all about. On one hand, the government talks about the importance of education to Aboriginal people, but when we look at the outcome of a situation like this, who is going to pick up the pieces?” she added.

The funding shortfall for all school boards across the province was a result in a downturn in the resource sector. Education Minister Don Morgan says his department has asked school boards to look at ways to reduce costs, but couldn’t speak to how each division or board was addressing those situations.

“I can’t speak to the staff deployment that would take place in any school division,” he added.

He says that the Greater Saskatoon Catholic board has a challenge to address the potential loss of staff may look at retaining positions lost through staff that retire, but each school board wouldn’t know that until into the summer.

Isbister says the support and retention workers will keep their jobs until the end of the school year, but says having other current staff try and fill those positions on top of their other workload would be too much for them in the coming school year.

She says CUMFI and the Catholic School Board will be meeting within the next two weeks to look at how they can fill the void, or if it can be filled.

“It’s so important to have these positions in the community schools because we work so hard on student success and getting parents involved through parent/teacher interviews to make it a more welcoming environment,” she added. “If these jobs are eliminated, who is going to look after that in a culturally sensitive way?”

She says that CUMFI has a great relationship with the Catholic School Board, and wants to see it grow and prosper so that Indigenous and Metis kids can grow up to be proud of their culture.