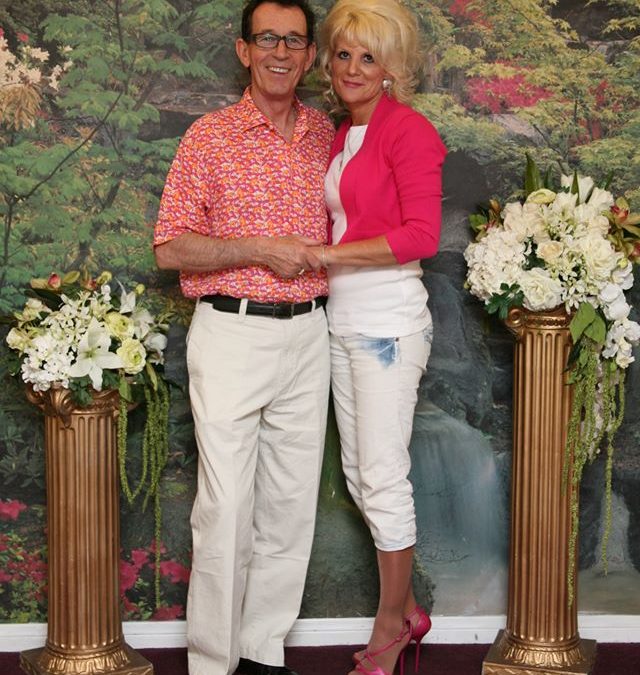 The widow of a La Ronge restaurant owner murdered in his own establishment says it took her breath away when she learned the RCMP had arrested three suspects in the case.

Earlier today, Mounties revealed they had arrested and charged 18-year-old Austin Bird and two other males — aged 14 and 17 — with second-degree murder, armed robbery and other offences.

The suspects were apprehended in the La Ronge area Friday afternoon.

Simon Grant was attacked at Louisiana’s Bar-B-Que at around 11 p.m. on April 15, and later succumbed to his injuries.

Grant’s widow, Cora Laich, says word of the arrests was welcome news for her family and her community.

“I was very relieved,” she says. “I think it will help in the healing process for my daughter and me. I believe the community is relieved, and we can all breathe a bit easier today. I know when I woke up this morning, it was a little easier to wake up to.”

Laich remembers very clearly the moment she heard from the RCMP that the arrests had been made.

“It took my breath away,” she says. “You know, we don’t know if it’s going to be a month, two months, a year. There’s a lot of DNA and lots of things that take time. And for them to do it so quickly, and to hear that, it was a huge relief. It just makes this journey going to be so much easier from here on in.”

Laich says she is grateful for the RCMP’s professionalism and communication throughout the investigation, especially from the Major Crime Unit.

“I just really want to thank the RCMP and the Major Crime Unit,” she says. “They did a fantastic job and Simon would have been very proud of them. And I am very grateful that in our province we have law enforcement of this calibre. And so for my journey, and the influence they’ve had on myself and my family, has been incredible.”

Laich also says tips from community members were critical to the RCMP investigation.

“There was a great input from the community, which I thought was just amazing,” she says. “Because the way I looked at it was that the community Simon gave so much inspiration to was ultimately the same community that assisted the RCMP in ultimately arresting the individuals.”

With the help of the RCMP, she believes she has a good idea of what unfolded the night her husband was attacked.

“There was a picture painted, and it was all a process of putting pieces of a puzzle together,” she says. “And it came together very well at the end.”

A vigil and funeral were recently held for Grant in La Ronge, and Laich she was especially touched by the words of condolence from young people.

“There was a lot of youth and a lot of children that came up to me and handed me roses and said, ‘Simon made me laugh’ or ‘Simon always made me feel good’. And I think that was one of the biggest things was I was so touched by the youth and the children.”

Laich says family members who live elsewhere have been moved by the outpouring of care she has received from people in the La Ronge area.

“The words, and the hugs and just the whole aura I got from the community was something I’m never going to forget. In talking to some of my family that don’t live in the north, they were just impressed at how a community could come together and be just so, so loving towards me and my daughter and just console me in this really difficult time.”

The suspects will be making their first court appearances Monday morning in La Ronge Provincial Court.