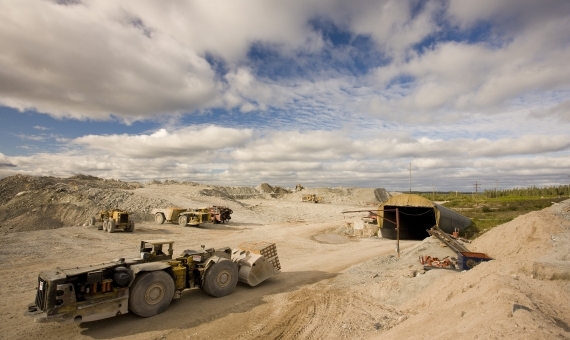 Cameco’s wind-down of Rabbit Lake and other belt-tightening efforts are showing through in the uranium mining company’s first-quarter results.

Cameco is reporting net losses of $18 million in that period, and the uranium giant says this comes, in part, from paying out severances from cost-saving measures implemented last year.

“That takes some time. There are obviously procedures and rules and law that you have to comply with and we want to make sure we do that with as much sensitivity as we can,” he said.

This quarter, Cameco’s uranium production is down four per cent versus the same period in 2016 and its averaged realized price dropped 22 per cent.

On the plus side, Gitzel said Cameco’s new reliance on its low-cost mines has reduced the cost of production by 30 per cent. They’ve also streamlined administration and reduced costs on that front by 20 per cent this quarter versus the same time last year.

So far this year, the uranium company sees promise in a 12 per cent cutback in uranium production from big competitor Kazakhstan. Kazakhstan produces 40 per cent of the world’s uranium, and the drop in production is a “probably a good news piece,” Gitzel said.

It’s expected all evidence in Cameco’s ongoing court battle with the Canada Revenue Agency will be presented by June, with arguments coming in September.

In all, Cameco is remaining “cautiously optimistic” with the financial outlook for 2017.