Northlands College gets the nod for Northern Education Teacher Program 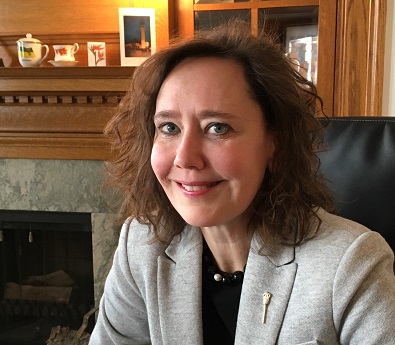 The program known as NORTEP has been around for 40 years and it has been successful graduating about 500 teachers, most of whom are still teaching in the north.

However, the minister says there was a lot of duplication of services.

Bronwyn Eyre says the program could be more efficient and produce even better results if it operates under the direction of Northlands College which is already established in the north offering university programming in several communities including La Ronge, Creighton, Buffalo Narrows and Ile a La Crosse.

“They are already on the ground in La Ronge, they have a very well respected, functioning, solid board, made up exclusively of northerners with representation from across the north,” she said.

This decision goes against a recommendation made by the NORTEP council which wanted the Gabriel Dumont Institute to take over the program.

Eyre says the institute has been invited to be part of an advisory board overseeing the program, but it just made more sense to go with Northlands to deliver the programming.

“So, our hope is that Northlands and GDI will collaborate on each other’s strengths and the Gabriel Dumont will play a really integral role in delivering that teacher education programming.”

Bronwyn Eyre says the primary motivation was not to save money, but rather to provide a more effective and efficient delivery of the teacher education program in the north.

She says students currently enrolled should experience minimal change when the funding transitions on August 1st.

Meantime, the NDP opposition is still puzzled by the government’s decision to overhaul the way the Northern Teacher Education Program was run.

Advanced Education Critic, Ryan Meili, says it has a 40-year track record of success, and it was run by an independent board made up of local representatives including First Nations.

He says it was a model of success that should been expanded.

“NORTEP has a very distinct governance model, where it has members of the school divisions, members of the different bands and councils, that are elected to represent and be part of that northern control, that local control,” Meili says. “That’s something really worth preserving.”