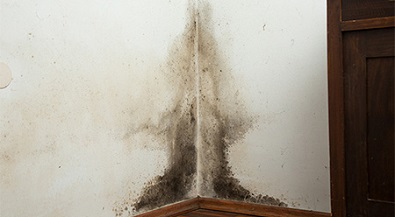 Photo courtesy of the CMHC

The problem of mould in homes has become an increasing concern in residences across the country and was a topic of conversation at the Prince Albert Grand Council Housing Forum that wrapped up yesterday in Prince Albert.

Mould is caused by excess moisture in buildings by leaking pipes, rising dampness in basements or increased humidity from daily activities.

Mould is the common word for any fungus that grows on food or damp materials. Mould can be black, white or almost any colour. It often looks like a stain or smudge and it may smell musty.

James Watson is with the company Got Mold out of Saskatoon. He says it is common in many homes, not just in First Nation communities. He says it is more prevalent in newer homes because during construction, the house is sealed very tight and cannot breathe. Watson says this can be a breeding ground for the mould spores and says typically mould is hidden in behind drywall as it likes cool, damp places to grow.

“Once you start seeing it on the forefront of the drywall, you know that it’s a bigger problem than what meets the eye,” he said.

Watson also says that there are many things a resident can do to ensure that mould doesn’t become a problem in their homes. He says if there is a toilet overflow or a leak in plumbing, it should be dried up right away. Also, proper maintenance of an air exchanger, if one is in the house, he says is important.

Mould can impact people with respiratory problems, but can also have other effects as well. Health Canada says there is a relationship between indoor mould, damp conditions and increased eye, nose and throat irritation, coughing and phlegm build up and allergic reactions.

Watson says there have been cases in Canada and the US where doctors have found that up to 25 per cent of the population have a medical predisposition to mould contamination.

He says the biggest things that homeowners and residents can treat are small areas of mould (smaller than three feet) with ordinary vinegar, rather than bleach, which can be caustic and cause other health problems.

He says anytime you disturb mould spores, you are putting it in to the air that you breathe and that can cause other health concerns. He also says if the area is larger than that, call your local housing coordinator or health official to have the problem properly addressed.

More information can be found about mould from Health Canada.