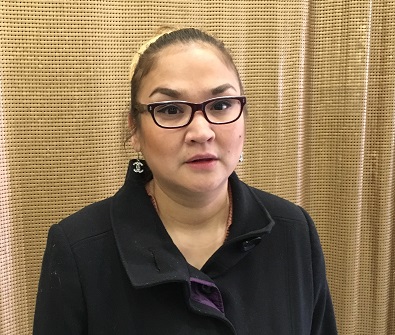 There’s finally some answers for a Regina woman who wants to know how her 29-year-old niece got into a small laundry chute at a downtown Regina hotel and fell 10 floors to her death.

29-year-old Nadine Nachiskinic died on January 10, 2015. Her aunt, Delores Stevenson, was the major push behind a demand to hold an inquest. That process began Monday morning and will last all week. Stevenson says it will be a difficult week.

The cause of death has been ruled accidental, but Stevenson still questions how her niece could have got into the laundry chute on her own. Its dimensions are about 2 feet by 21 inches.

“I’m just wondering how anyone could fit in the small little laundry chute? I mean, whether it’s head feet or first feet, how they get into that little small space?” she said.

A police officer that investigated the scene was the first to take the stand. He produced dozens of photos of the laundry room, the chute where she fell and the basement were her body ended up.

Nine witnesses will testify over the course of the next four days.

The job of the inquest is to determine who died, how they died and what, if anything could be done to prevent a similar death. The findings are not binding.