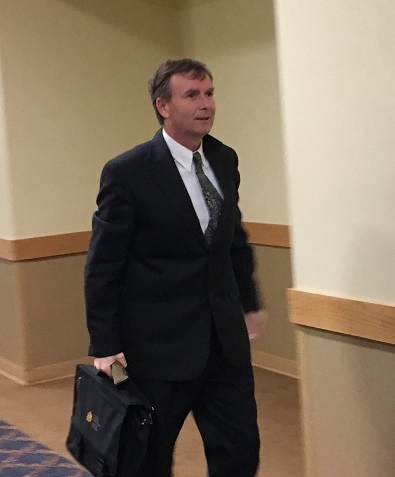 The chief forensic pathologist who examined the body of Nadine Machiskinic says the 29-year-old died of blunt force trauma.

Dr. Shaun Ladham was testifying at the second day of the inquest into Nadine Machiskinic. She fell 10 floors to her death down a laundry chute of a downtown Regina hotel in January 2015.

The doctor testified there was no sign of inflicted injuries or injuries suffered in a struggle.

Dr. Ladham says the primary cause of death was brain and spinal injury consistent with a high-velocity impact that would have been caused by the fall.

There was a separation of the skull from the upper spine, several spine fractures, tears in her heart, broken ribs and numerous abrasions.

Dr. Ladham also asked a toxicology expert to go over the results of the drugs in her system to determine if Machiskinic was physically capable of climbing into the small laundry chute based on her level of drug and alcohol intoxication.

Dr. Ladham said with the information he had at the time, he did not think she would have been mobile enough.

A second opinion from a toxicology expert refuted that, saying her tolerance levels would have been very high because of long-term drug use.