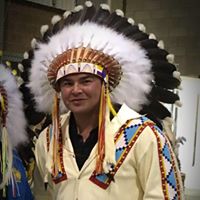 Richard Ben is still the chief of the Makwa Sahgaiehcan First Nation — but it was a close election result yesterday.

The official results haven’t been made available, but the chief electoral officer tells MBC that the final vote count between Ben and challenger Ronald Mitsuing was “very close”.

This will be Ben’s fifth term in office.

The First Nation made headlines in the fall over plans to banish residents because of drug activity.