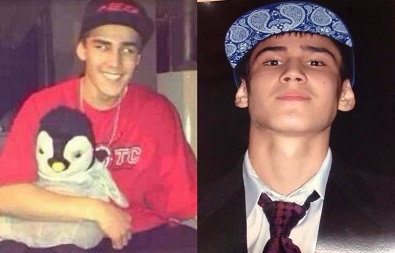 On Thursday, the jury at a Prince Albert trial for two men accused of murdering a 17-year-old Cree boy heard testimony from a number of police officers who were involved in the investigation.

Prince Albert man Jordan Herron and Orren Johnson of Lethbridge are on trial, charged with first-degree murder and break and enter in relation to the April 14, 2014 death of Clayton James Bear.

When police were first called to the crime scene in a residential area of Prince Albert’s East Hill, Bear was fatally wounded but still alive. He later died in hospital.

Crown prosecutor Jeff Lubyk’s opening comments to the 12-person jury at the Court of Queen’s Bench were brief. He told them they would hear from witnesses from the scene, people who lived in the surrounding neighbourhood, investigating officers, and emergency medical technicians who attended to Bear.

The Crown’s witness list is in excess of 20 people.

Lubyk said evidence will not be called in chronological order, and that while “first-degree murder” can be committed in many ways, in this case the murder was planned “in the ordinary sense of the word.”

An agreed statement of facts reveals that Bear was taken to the city’s Victoria Hospital with a gunshot wound to his chest and abdomen on April 14, 2014. The bullet passed through his liver and is what ultimately caused his death.

The statement establishes that Bear is the victim and also establishes a home at 596 27th Street East and Victoria Hospital as locations associated with this crime. However, there is no admission that either Orren or Johnson were present at the scene of the offence or that they were involved in the offence.

Bear’s family is from the Sandy Bay area, and his mother has kept a framed photo of him nearby throughout the trial proceedings.

Staff Sgt. Shawn Stubbs with Prince Albert Police was the first witness. On April 14, 2014, Stubbs had been working with the forensic identification section and said he was called in response to a shooting at around 7 a.m.

He testified that he went to the hospital first, where the victim was going into surgery. After that, Stubbs went to the home where police had been called earlier that morning.

Much of Stubbs’ testimony was dedicated to analysis of crime scene photos he had taken. Canine officers located bullets on the crime scene, Stubbs said.

He noted casings from a .45 caliber shotgun were found outside the home and there were bullet holes in windows. Siding had been damaged as well, with casings found nearby.

Testimony from the second witness, Sgt. Craig Mushka, stated that Bear had initially been found in a bedroom down a hallway in the home.

Stubbs said he saw a “casing in the sheets” of the bed, and Mushka said he and Stubbs both lifted the mattress and box spring, which both had tears and holes in them. Underneath, Stubbs saw bullet lead.

Earlier on Thursday, two extra jurors were dismissed. While the reasons can’t be made public, the judge noted there was no misconduct involved.

The trial is expected to last at least between three and four weeks, with a 12-person jury.