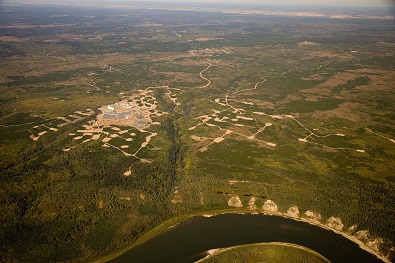 The province says it has a legal duty to consult James Smith Cree Nation on outstanding concerns about the community’s proximity to a proposed diamond mine.

Shore Gold’s proposed Star-Orion South Diamond Project is 60 kilometres east of Prince Albert in the area of the Fort a la Corne Forest.

The project has been going through the province’s environmental impact assessments (EIA) process for nine years now. In that time there have been a series of engagements between the Ministry of Environment and First Nations and Metis communities, including funding $673,000 worth of consultations with James Smith, Muskoday, and Metis groups in 2010.

Also, there was a public review process in 2015.

“This included notification to potentially impacted First Nation and Metis communities. The review determined that additional consultation was required for the government to meet its legal obligation with respect to duty to consult and accommodate process,” said Brady Pollock, manager of applications in the environmental assessment and stewardship branch.

Pollock said past reviews will still factor into the impact assessment, but right now the province is devoting a new grant of up to $137,000 to James Smith. James Smith is the only potentially impacted First Nation that has a consultation agreement with the province as part of the EIA.

“They had concerns with the potential impact of the project on their ability to hunt, trap, fish in that area. But also the surface lease required for the Shore Gold project would also restrict the right of access to that area,” Pollock said.

Over the next three months, a series of meetings will take place between the province and James Smith community members, technical experts “to determine the conditions necessary to carry out traditional uses within Fort a la Corne Forest,” Pollock said.

There will be additional meetings between a government working group and community members “to identify reasonable accommodations for those impacts.”

It’s expected the province will complete the EIA within the next six months.

Shore Gold says it’s helpful to have a timeline on these events.