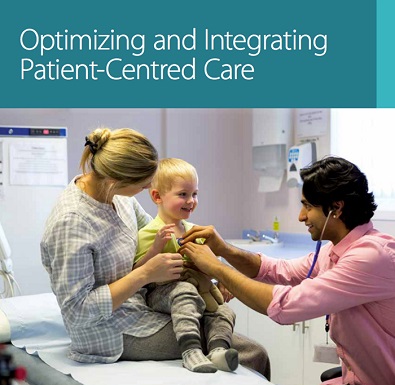 Healthcare workers in the north have mixed feelings about the news that all health regions in Saskatchewan will soon merge into one.

The report’s recommendations include creating a single health authority to govern all health care in the province instead of the current structure of having 12 health regions that answer to their own boards. It also recommends maintaining the Athabasca Health Authority – which is funded by the province, feds, and First Nations – as is.

Watt said, at the least, it’s a relief to see the direction the province is going.

“Truthfully I think as a system we’ve been waiting and anticipating this report coming out,” she said.

“Moving forward we’re going to see, obviously, some changes that they want to be making and that we as a system will be making so I think there will be some differing levels of comfort as we move forward with staff and that sort of thing, but change will bring that on,” she said.

“We’ll just work through all those bumps and challenges as we move forward making that one provincial authority and we’ll see where we land on the other side.”

Watt also sees room for growth, saying that MCRHR plans to willingly team up with the province to implement the report’s recommendations in a way that provides good outcomes for patients and staff.

It’s expected that the single health authority will be in place by the fall.

Not everyone is looking so optimistically at the transition.

“As a community outside of the bigger centres, we’re already strapped for services. Over the past years we’ve lost services,” she said.

Sawatsky is concerned that her union won’t have easily be able to communicate with the provincial authority’s board, whereas currently the union members can ask questions and address issues locally with the PAPHR board.

While there are lots of questions left after the report’s release, one thing Watt is sure of is that MCRHR in its current form will no longer exist.

“I think it’s pretty clear that the borders of the regions will certainly not be there but what those functions are going to be, we’ll see in the coming months here,” Watt said. A photo used in the report. Photo by Regina Qu’Appelle Health Region.

The report advises that the province create four different “service integration areas,” but leaves wiggle room for the province to choose between three and six different areas as needed.

The report says there “is some merit in reconsidering the specific geographic boundary of the northern service integration area,” but overall strongly advises the province to create a unique northern service area that will “provide this population with a stronger voice as one of the four service integration areas and ensure services meet the population’s health care needs and recognize the unique geography of northern Saskatchewan.”

Watt sees this portion of the report as one of its strong points because the rest of the province doesn’t have the same challenges as the north with treating and preventing chronic conditions like diabetes, youth suicides and tuberculosis.

The report advises the new provincial health authority to establish a senior administrative role that will be responsible for “ensuring health care services respect the Indigenous and Métis patient experience.”

Health Minister Jim Reiter says the province will not only maintain its current level of healthcare service, but improve it. Both he and the report writers – Saskatchewan-based healthcare professionals Brenda Abrametz, Tyler Bragg, and Dr. Dennis A. Kendel – say the new healthcare delivery system should be guided by the needs of patients.

There are plans to “standardize data collection and analysis across the health system.”

Much of the report itself was guided by the 2009 Patient First Review Commissioner’s Report.