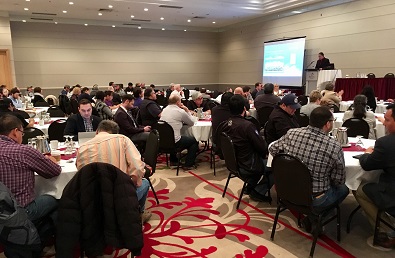 Prosperity through partnerships is the theme of a two-day conference hosted by the FSIN in Regina.

It is the second in a three-part series of conferences aimed at creating wealth on reserve land through business partnerships and economic development.

Speakers include chiefs, federal and provincial government representatives, city representatives, economic experts and consultants. All of them are working together to build stronger First Nation economies as their land base gets bigger with new treaty land entitlements.

FSIN Vice Chief Heather Bear says local First Nations are a lot more business savvy than they have ever been.

“I’ll tell you, we have some very educated, very shrewd, very sophisticated business people and chiefs that occupy the field,” she said.

Bear adds, for too many years, First Nations were taken advantage of.

“We have also had some pretty tough experiences with, let me say, unscrupulous business people who took advantage of many of our new land owners.” she said.

One of the presenters is Scott Langen with Praxis Consulting. He is working with the Sakimay First Nation on developing its economic strategy. He says it has been a tremendous learning experience for him.

“And what was important through this whole process was respecting and appreciating the cultural and traditional practices,” he said. “I think that is where I benefited from the opening up that process, allowing the chief and council to guide some of the work we were doing.”

The Regina conference wraps up tomorrow, while the third and final Partnership for Prosperity conference will be held in Saskatoon in March.