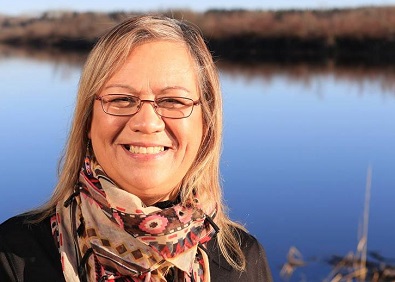 The new title of “chief” is still sinking in for Waterhen Lake Cree First Nation’s Joanne Roy, but she already has lots of ideas to make big changes for the reserve.

Roy is a long-time band councillor who decided to put her name in the hat against Chief Carol Bernard and several others in last week’s election, which saw more than 800 people cast their ballots.

“It’s so humbling that community members trusted and supported me right from Day 1 when I decided to put my name forward,” Roy said, her voice cracking as she spoke over the phone the day after the election.

Roy said the voices of Waterhen Lake band members who live off reserve were part of what drove her to run.

“There was no dialogue with the off-reserve members, they weren’t being heard,” she said.

Now, she is encouraged by the well-educated members she’s been hearing from.

“Those are the people that we need to bring home to help us develop our community and they were asking for that. They wanted to give back” after the band put them through university, Roy said.

Overall, Roy estimates that of the 2,000 or so Waterhen members, about 1,300 were eligible to vote. Of those eligible voters, about 53 per cent of those members are living off reserve.

She, too, grew up off reserve but would spend summers with her grandparents.

“I am so proud of this, that I was able to maintain my language and my culture so I do speak the Cree and understand the Cree language,” Roy said.

Roy will spend a lot of time driving for her new job: she lives in Beauval, which is a two-hour drive to Waterhen Lake. Roy has five children: three are grown and her 12 and 13-year-old children are still at home.

“It is a big commitment because my family is very important and in order for me to be successful in being that leader, I needed to ensure my family were behind me on this big decision to run for chief,” she said.

Roy said she liked the direction the previous council was going in, but certain initiatives were moving “just too slow for me.”

Now that she has the top position, she plans to move ahead quickly on a community development plan that was recently drafted.

The plan covers everything from programming to land and resources, and Roy wants to update a separate strategic plan so the two can run in sync.

Looking back at the election period, she said things wrapped up with the community’s spirit shining through.

“The night before election we had a community Christmas supper. We had over 500 people come together. It wasn’t about politics,” she said.

She says a team effort is needed to give a healthier, safer life for young people and to give them something to aspire to.