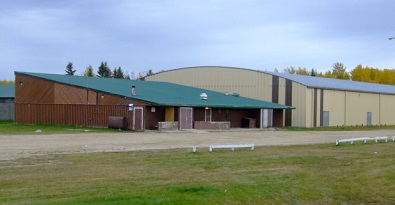 A new solar electricity system will be Green Lake’s project for the Canada 150 Community Infrastructure Program.

Work on the 31.5-kilowatt system is expected to start in the spring, and the panels will be installed on the roof of the community hall.

Mayor Ric Richardson says the system will not only power the hall, but also feed electricity back into the power grid.

He says a number of sources of funding “brought our costs down considerably” with the $138,000 investment, with “support federally and provincially and possibly some private sources as well.”

Richardson says the system should pay itself off in six to eight years.

An organization from Saskatoon has been hired to put the system together.

“We contracted an agency called MiEnergy to do the actual purchase and installation because they design things based on particular needs and potential of the community that they are working with.”

Richardson says this will be a chance for residents to learn about solar power and possibly install systems in their own homes.