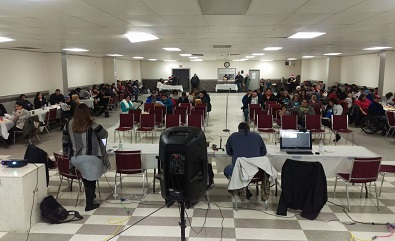 Mandatory drug testing of the band council is among the changes the Beardy’s and Okemasis Cree Nation has made to its election act.

Band councillor Kevin Seeseequasis says band members voted unanimously to adopt that measure in 2008, but it was never enacted.

Eleven amendments have been made to the band’s custom election act as a result of a meeting of over 150 band members held Monday.

The size of the band council is being reduced from eight councillors to six, and anyone wanting to run for chief and council now has to pay a fee.  It’s $400 for chief candidates and $200 for council candidates.

The reduction in band councillors is expected to save the band $350,000 over a single term, while the candidates fees will help offset the cost of elections.